The lights of Chanukah are lit on the 25th of Kislev when the light of day is most scarce and the moon begins to disappear. We kindle our menorahs to bring light into the world and to edge out the encroaching darkness. The candles we light on Shabbat are directed inward, illuminating and bringing peace into our homes, but our Chanukah candles point outwards, illuminating and bringing peace to the world. Aharon, the High Priest, was promised by G-d that his children would continue the mitzvah of lighting the menorah in perpetuity. By kindling our chanukiyot, we Jews, the nation of priests, fulfill G-d’s promise to Aharon.

The menorah in the Beit HaMikdash was different from our chanukiyot in numerous ways, particularly in the number of branches it had. The Golden Menorah in the Temple was hammered out of one solid piece of gold and had a main column with three branches extending out from each side. Although the branches emanated from the center column and thus were independent, the wick and flame of each branch angled towards the center. It has been said that the center column of the menorah represents Torah, the source of all knowledge. Each light branching from the center represents a discipline of knowledge such as science, philosophy, biology and mathematics. Just as the branches flow from the center column of the menorah, each discipline emanates from the Torah and seems to go its own way; but at the top, at the conclusion of its study, its flame points back to its origins in the Torah.

The Sfat Emet expounds upon the idea of transforming the cursed into that which is blessed (arur into bracha). When Adam sinned, man was cursed and forced to work for his bread. Also, Chazal state that since the churban, each day is progressively cursed.

The Sfet Emet writes that by serving the blessed, those cursed or devoid of G-dliness can be transformed and elevated. The medrash relates that Eliezer wanted his daughter to marry Yitzchak. Avraham emphatically explained that a blessed individual cannot join in matrimony with one who is cursed. Eliezer, although a student of Torah and the most trusted person in Avraham’s household, was a Canaanite and Canaan was a son of Cham whom Noah cursed soon after the flood. However, the Sfat Emet points out that Eliezer underwent an amazing transition by serving his master Avraham – he went from being cursed to blessed, the proof being the words “Baruch Hashem” said to him by Lavan and that Eliezer himself uttered these words of thanks. These words, the Sfat Emet states, represent Eliezer’s transition from being cursed to being blessed, from being devoid of G-dliness to being imbued with it. His service to Avraham, offered in full faith, was the vehicle for this elevated transformation.

When man’s body, which was cursed to work and sweat, serves his soul with deep belief (emunah), it becomes blessedly transformed. Although each day of the week has been progressively cursed after the destruction of the Temple, each weekday becomes blessed when we focus on it and prepare for Shabbat. It is to perform this work that we have been sent into this world: to uncover and reveal the holiness embedded in the creation. To accomplish this, our primary tool is emunah. The Sfat Emet emphasizes G-d’s appreciation and love for this holy work, that of transforming the cursed to blessed. In understanding the Chanukah miracles, the Sfat Emet states that holiness is inherently in G-d’s creation; however, darkness has covered over it. Nature is the veil covering holiness and blocking out the light of G-d. Our emunah is the means by which we remove the veil. A miracle is a rip in the fabric of nature. Shades may try to block out the morning rays, but even the tiniest bit of light gets through. If we pull the shades back, more light comes through. The Sfat Emet explains that a miracle folds back the curtain and allows G-d’s light to shine, revealing the primordial light put away for the righteous. A miracle is a moment when G-d’s holy light, embedded in all of creation, is revealed.

Perhaps this was Chazal’s intent when they wrote, “Every day should seem as if it were new.” Nothing should seem mundane; rather, all should appear novel, new and miraculous. Our Chanukah menorahs glisten with the primordial light which streams from behind the veil. The 36 candles we light parallel the 36 hours this light shone at the time of creation, from one end of the world to the other. When we view maaseh Hashem, the handiwork of G-d, on a daily basis, with emunah and wonder, we continually reveal the G-dliness in all creation. 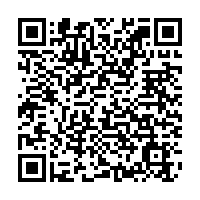