Due to the overwhelming amount of e-mail I have received about domestic abuse, this week’s column focuses on the services of Shalom Task Force.

(Names and situation have been changed)


According to the Allstate Foundation National Poll on Domestic Violence, three out of four Americans know someone who is or has been a victim of domestic abuse. While it impacts many, few are willing to discuss the issue.

Shalom Task Force has been responding to domestic abuse in the Jewish community since 1992. Shalom Task Force maintains a hotline and offers extensive preventive educational programs to youth, singles and engaged couples. These programs are geared not only to responding to domestic abuse issues, but also to enhancing the quality of healthy marriages in our community.

For the last 17 years, thousands of Jewish women, mostly Orthodox, have summoned the courage to reach out to the hotline for help, relying on guarantees of anonymity and privacy, which are always kept. The caller could be Sarah who has been enduring physical violence from her husband for over 10 years. If Sarah is typical of an Orthodox Jewish wife who is a victim of domestic abuse, she will suffer from physical beatings from her husband for seven years longer than a domestic violence victim who is not Orthodox, because she is so terrified of the embarrassment and negative consequences to her children if the abuse were to become public knowledge. She is finally gathering the courage to file for divorce, and she calls the hotline as her first courageous step toward freedom from abuse.

The caller could be Esther, who is distraught because she believes that her married daughter is suffering from a controlling, critical husband.  Esther wonders what she can and should do for her daughter. Or, the caller could be Joanne, a young girl in her 20s, engaged to be married in just one month, who broke out in a cold sweat this past weekend when she saw her chassan (fianc?) speak to a family member in a cold, hostile way. Is this a red flag she should be paying attention to? Is he really the mensch everyone said he is? She’s been uneasy for a while now, as she’s seen this darker side of his personality emerge more often than she’d like. How can she break off the engagement, with the wedding gown already ordered and tailored just for her? And if she does, will she ever get married?

A highly trained group of Orthodox volunteer advocates have been taught how to answer these calls on the domestic abuse hotline.  When a victim calls, the volunteers open their hearts and focus all of their attention on the woman and her concerns.  Long after that woman has hung up the phone the volunteers are thinking about her and praying for her safety. It’s not unusual for a volunteer to have a sleepless night after taking a shift, as she lays awake hoping that Susan or Penny or Leah will be able to extricate themselves from an abusive situation.

Incredibly, 70 percent of the core staff of 15 volunteers who trained in 1992 when the hotline began are still volunteering. Today, 65 women answer calls on the hotline that operates out of several locations throughout the five boroughs.

The increase in staff and locations has been necessary to respond to the estimated 1,000 hotline calls received each year. Many of these calls are in response to a domestic violence situation. Additionally, the hotline provides referrals and a listening ear for personal and family concerns about substance abuse, gambling, bereavement, hospice care, eating disorders, kids at risk, infertility and adoption, marriage and family therapy, and social services like housing, food stamps, relocation, clothing, furniture, and employment assistance.

Nancy, a dedicated volunteer, shares her experience on the hotline:  “One of my first calls was a woman who called me Monday morning at 9:02, right after we opened. It was clear she was waiting until we opened. She said: “I just want you to know that Hashem blessed me with seven children. Last night, Baruch Hashem, was the last of the sheva brachos for my youngest child. I have been married 35 years, my life has been a living hell and I have to get out of my marriage.” Nancy, the volunteer, continues: “Many times the phone will ring and all I’ll hear is sniffling. I’ll say, ‘I’m here for you, I care about you. I’ll hold on for as long as you need.’ The woman will start sobbing because someone cares about her. I have listened to women cry for 10 minutes before they start talking.”

Beth is the name that the anonymous victim used when she called the hotline one Tuesday morning, after her husband had left for work and her children were safely at school. She had been summoning the courage to make this call for at least three years. Her hands trembling, her mouth as dry as the Sahara, she practically whispered the words:  “I need to leave my husband. I have no money. We have five children. I can’t continue like this any longer. Can you help me?”

For more information call our hotline at 718-337-3700 or visit online at www.shalomtaskforce.org.

Rabbi Daniel Schonbuch, MA, is the Executive Director of Shalom Task Force. For more information about Shalom Task Force, please visit www.shalomtaskforce.org. You can e-mail questions to him at rabbischonbuch@yahoo.com. 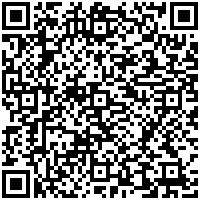