The argument raged on in its typical, predictable way. It was a one-sided argument where he ranted at her for something or other that she was guilty of, something he felt made her deserving of a punishment tantamount to “verbal death.” She, sitting there silently, indefensible, head bowed, saying nothing for fear of escalating or prolonging this gut-wrenching episode that has played out throughout their endless, loveless and hollow union. And when finally it was over, his anger for the moment spent, the door banging mercifully shut behind him, only then did she allow herself to exhale, to take in the sour air he left in his cruel wake, and to feel again. This was the pattern of her married life and for 39 years she lived it, always with the pitiful hope that it would change and somehow get better. But this time was different. This time there was none of the relief that usually marked the end of an episode, and the hope that it would get better did not follow. This time there was a comforting emptiness inside her that said “…no more…. this is the last time…no more!” This time, there were no tears.

She sat there with this new found sense of calm, not knowing quite how to digest it or how to process the emptiness inside her. So much time had been invested in fantasy, in dreams and hopes that would never materialize, certainly not at this late date in her married life. There had been so many sessions with marriage counselors in the past, which had yielded only momentary pockets of respite, lasting seconds in time, before they vaporized completely into oblivion, leaving him to go back to his old ways. So many apologies and promises on his part, after the vicious, cruel words he spat into her face during his vile and angry tirades, and she fell for them time and time again, in the hopes that this was the last time, but there was always a next time. So many tears at the realization that she could never please him enough, love him enough, or fill the voids that formed the cracks in his dysfunctional character. So many tears, wasted on the dining room rug, splattering the kitchen counter tiles, soaking the bedroom linen. So many wasted tears.

She recalled her courtship with him and saw the signs that were there even then. But way back in the day, who understood such things? Then, a girl was expected to be Mrs. So and So by the ripe old age of 19 or 20, or it was assumed that there was something wrong with her. And so, when he came along, with a similar background to hers, one that posed no culture shock or threat; they wanted the same kind of home; they were both children of Holocaust survivors, who wanted to escape their parents and this was the only avenue for their independence. She remembered the simple thrill of it all – these were the underlying catalysts that drew them to each other. He was 22 and she was 18 and the year of the commencement of her life sentence was 1970.

The evidence of her mistake in her choice of mate presented itself during the first days of their sheva brochos and set the pendulum in motion, his anger, for whatever reasons, spurred him to release at her the venom and bile he could not direct to the source of his malcontent. She, never having seen this in her girlhood home between her parents, where love and mutual respect and consideration were the cement that bound her family together, sat silently, breathlessly waiting for the maelstrom of abuse to pass, thinking “this is the last time…”. And for 39 years, so it went. As each of their seven children made their presence into this world, she thought that with this child, it would become better, but it never did. As each child entered their lives, he had another reason to berate her, how much weight she gained, how she was never dressed and made up like his friends’ wives, how she could never find the time to devote to his issues – only those of the kids! And the tears kept falling, silently, in huge satiny streams from her wincing eyes and down the sallow furrows of her cheeks they fell. Until today. Today there were no tears.

How strange the feeling was. How absolutely liberating the thought that she no longer cared what he said to her in his anger. How numbing and comforting to understand that she was finally freed from the emotional bloodbath that espoused her life with him and that she no longer welcomed or wanted his empty apologies that were sure to follow. She no longer hoped or dreamed that the frog would turn into a prince. She knew better now, because this time, there were no more tears. As she sat and contemplated this new and alien state of her being, she took stock of herself and another odd thing happened, she began to think of what she wanted to do with her life. All these years she had put him and the children and their needs before her own. She had helped out in the Sisterhood and worked for the PTA and done whatever she was called upon to do, all the while working part or full time to help pay the bills. In the last years she added caring for elderly and ailing parents to that list, all without complaint, and often with a false smile painted on her face to mask her aching heart. But not today. Today, for the very first time she thought of what she wanted to do – without a trace of guilt or a single tear.

She understood that he would never become selfless enough to love her in the way that she wanted and needed. He would never give her the compliments she craved or the respect that would elevate her to the heights she already knew she could rise to. He would never sacrifice his own needs and comforts to give to her in her times of need. And suddenly, that didn’t matter anymore, because she now knew that she could do that for herself. She also made a very solid choice – she acknowledged to herself that she would probably never leave him. She understood that life would not change to any large degree and that, too, was suddenly very doable. She would grow old lying in the “bed” that she chose for herself, not caring to risk falling into a “bed” with more lumps and bumps than the one she already had and that someone else cast out. As she thought these absolutely novel thoughts, she felt a smile touch her lips from corner to corner. A smile that was rusty and unused for so long it almost creaked as it made it way across her face, lighting up her saddened eyes and pushing away the last of what might have been tears were they allowed to progress, so that her once vibrant, cheerful and positive personality suddenly awoke.

And she stood up, straightening her simple skirt around her frame, catching her reflection in the wall mirror. Visages of an 18 year old girl with bright blue eyes, auburn hair and a world of promise peeked out behind the mature face and frame of her 57 years saying, “I’m still here waiting to do and feel and taste all that life still has to offer…. let’s do them now!” As she stared at her reflection, she felt the burdens lift, the shackles snap open and the gates of her private prison unlock. As she mentally walked into the next dimension of her life, one freed of the pain and misery she would never allow another person to inflict on her again, she squared her shoulders, raised her head and grew a full head taller invisibly. Collecting herself she said a silent prayer of thanks to the Almighty for this empowerment and renewed sense of self and purpose that He had blessed her with. She also made a vow that unless they were out of joy, love and happiness, there would never be tears again. 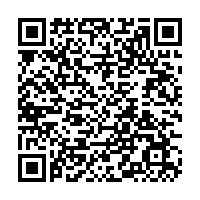