“V’Hanesiim Heiviu es Avnei HaShoham v’es Avnei HaMiluim – And the Princes [of the Jews] brought the Shoham Stones and the Miluim Stones” (Shemos 35:27). The Torah relates how the Nessiim, the leaders of each tribe, donated the precious stones that were worn by the Kohen Gadol (High Priest) in his priestly garments, the Ephod and the Choshen.

Rashi, quoting the Midrash, notes the contrast between the gifts of these stones and the korbanos (sacrifices) that the Nessiim brought at the inauguration of the Mizbeach (Altar). The Torah relates how the Nessiim were the first to contribute sacrifices on the Mizbeach (Bamidbar 7:1), while in this week’s parshah, their donations of the valuable stones were made only after all the materials for the mishkan were contributed.

Rashi says that when Moshe invited Bnei Yisroel to begin donating items for the building of the Mishkan, the Nessiim assumed an extremely supportive role. They informed Moshe that they would like to allow all individuals to donate to the Mishkan and they would then provide all the remaining materials needed for its completion. As it turned out, however, the people were extremely inspired, and brought everything necessary for construction of the Mishkan in a few short days. Since the Nessiim delayed in actually giving their contribution, all that was left for them to provide were the precious stones.

Rashi comments that the word Nessiim in this one place (Shemos 35:27) is spelled without the letter “Yud” that it usually has, due to the lethargic manner in which the Nessiim brought their donations. (In many instances in the Torah, a missing letter in the narrative of a person’s actions indicates a flaw of sorts in the person or persons being described.) To their credit, Rashi points out, the Nessiim learned the lesson of this incident, and were the first to donate korbanos at the inauguration of the Mizbeach.

At first glance, however, it would seem that the Nessiim acted properly. They offered their complete, unwavering support to Moshe and then stepped back and allowed the others to participate. Imagine the following scenario. A synagogue president mounts the pulpit one Shabbos morning and announces that the shul will be undertaking a campaign to construct a new synagogue for the community. A wealthy man pulls him aside later that day and privately instructs him to begin building immediately. He assures the president that he will personally provide any missing funds needed to complete the project. The president would be stunned – and overjoyed!

The Nessiim seemed to reply to Moshe’s request for donations in a similar fashion. What was “missing” in their response? Why was the letter “Yud” missing from their title? Finally, how was their donation of the stones an appropriate action for them to take at this time?

The Kli Yakar explains that the Nessiim were guilty of underestimating the sincerity of Klal Yisroel by thinking that they would not contribute generously to the call of Moshe. A true leader must believe in his people. The Nessiim should have stepped forward at that historic moment, offered the first donation, and inspired the other people by their personal example.

The Kli Yakar explains that that touch of superiority in the attitude of the Nessiim resulted in the departure of the letter “Yud” of Hashem’s name from the title of Nessiim. (The Gemaramentions on several occasions that Hashem’s presence is found in the company of humility.)

The Nessiim internalized the lessons they learned from the experience of their delayed contribution. They were the first to offer korbanos the moment the Mizbeach was inaugurated. (The Chofetz Chaimpoints out that in Parshas Naso, the Torahrepeats again and again the exact gift that each Nasi brought to the Mishkan, even though each and every sacrifice was exactly the same as the others. He explains that the Torah is teaching us the great value of working together, selflessly, for the honor of Hashem.)

Looking up to the Kohen Gadol

I would like to propose that the Nessiim offered the precious stones worn by the Kohen Gadol as recognition of the lessons that they learned from this incident. They sought to direct their attention and the focus of future generation of Jews to the Kohen Gadol – the spiritual leader of Hashem’s people. Simple folk and kings alike would turn to the stones on his Choshen Mishpat for direction and advice. By donating these stones, they validated the primacy of Hashem’s word in our daily lives, and the need to actively seek the guidance of Torah leaders on matters of importance.

How ironic and fitting it is that the stones that were donated as a result of the initial actions of the Nessiim bear the names of the Shevatim (tribes) but no mention of the donors of these incredibly expensive gifts. The individual names of the Nessiim are, however, read each year in Parshas Naso; as we remember their inspired and selfless acts of generosity.

The Nessiim teach us timeless lessons through their recorded actions – to lead when the opportunity for a mitzvah is at hand, to reflect when an [even well-intentioned] error is made, to correct our course at the earliest opportunity, and to turn to Torah leaders for direction in our lives.

To purchase Rabbi Horowitz’s Dvar Torah Sefer, “Growing With the Parsha” or his popular parenting tapes and CD’s – including his 2-CD set on “Raising your Adolescent Children” – please visit www.rabbihorowitz.com, e-mail udi528@aol.com, or call 845-352-7100 x 133. 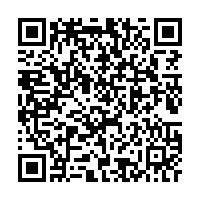