All of us today benefit from the sacrifices and struggles of those who came before us, and we continue to battle so that our children should gain from our own triumphs. So it has been throughout history. For this reason, it is important for us to learn about and appreciate those who lived in different times and paved the way for us. As Rav Shimon Schwab says, quoted in Memories and Miracles, a new book by Mrs. Tzertel Kenner about the lives of her parents, Rav Yissocher Dov Berish and Etya Chaya Teichner, “One benefits from the merits of his forebears according to how much he appreciates them.”

Mrs. Kenner has a deep awareness of and reverence for zechus avos, and this comes through both in her book and in speaking to her in person. She grew up in the Bronx in the ’40s and ’50s. Her father, an old-world tzaddik whom she admired immensely, was the rabbi of a small, close-knit shul, Congregation Shearis Yisroel, located at 1060 Morris Avenue. Mrs. Kenner attended the first Bais Yaakov in America, headed by Rebbetzin Vichna Kaplan, a student of Sarah Schneirer, who came to the United States with the express purpose of starting Bais Yaakov on the American shores.

Mrs. Kenner went on to devote her life to Jewish education, as a teacher in Breuer’s Bais Yaakov division of Yeshiva S.R. Hirsch in Washington Heights, where she lives, as a principal in the Klausenberg School for girls, and, currently, as the principal of the girls’ division of the Passaic-Clifton Cheder in Passaic, New Jersey. She is also a noted kallah teacher. She has six children, all married, with two living in Passaic and the rest in Monsey, Brooklyn and Riverdale, New York.

I recently spoke with Mrs. Kenner about what it was like growing up in an era and a neighborhood in which religious Jews were not the norm. “I grew up without any friends in the Bronx. There were just a few children on the block to play with, none of them Jewish. All my school friends lived on the West Side (of Manhattan). There were some boys in my father’s shul, but no girls.”

I asked if she resented being so different, (imagining how I would feel if I were told I couldn’t dress like or play with all the children I saw around me). “It was lonely,” she concedes, “but I was always very proud of my parents and what they did. I never resented it. I knew and appreciated that I was different. I used to take long walks with my father for exercise. I was very proud to walk with him, even clothed as he was in his Chassidic garb.

“My parents didn’t actively instill this pride in us, but we admired them very much. Our parents were always very warm and loving. I was born later in their life, when they were middle-aged, and they showered me with warmth and affection. I always felt my parents were special. We lived in the middle of the block, and I remember coming home from school, as I would turn the corner to my street, I used to feel a real sense of excitement when I knew I was about to see the house.

“When my mother saw me off in the morning, she would stand in the window waving towards the corner until I couldn’t see her anymore. Even though she was very busy, she never missed that. She was never too busy to give me love and attention. That was her nature. When there was a simcha in the shul, my mother would cook and bake for it. My parents treated everyone like brothers and sisters – maybe that’s why they were so beloved.”

Mrs. Kenner started her schooling in public school, but switched to the newly opened Jewish Community School on Manhattan’s West Side when she was in the fourth grade. She remembers being ecstatic about the move, even though it meant a half-hour subway commute. She was even happier when she started high school and began attending the Bais Yaakov High School in Williamsburg.

“We had daily contact with Rebbetzin Kaplan. She was very holy, soft-spoken, and brilliant – we were in awe of her. She was unusually dedicated. This was the first Bais Yaakov in America. She planted the seeds. There were about 20 girls in my class. They are still among my closest friends.”

Does she see a difference between Bais Yaakov when she was growing up and Bais Yaakov now?

“When we went to school, our building was primitive and inconvenient. We all lived simple lives – that’s how people lived then. The spiritual aims are still the same, but now they have beautiful buildings. We didn’t have uniforms – we didn’t need them – everyone dressed very simply, without making others feel uncomfortable. Today we need the uniforms. We lived simply then. We made our own fun; nothing we did was hard for our parents to afford. Now, all the trips and activities cost a lot of money. But the spiritual aims are still the same, Am Yisrael Kodesh, as they should always be.”

“A lot of our teachers were students of Sarah Schneirer. They inspired us to want spiritual goals. No one cared that our building was dumpy – we loved it. Our pleasure came from learning, from reading. Most of us became teachers – not a very materialistic profession! Few of us had cars or houses.”

So no one had financial requirements for shidduchim in those days? I ask.

So, what inspired her to write a book about her parents? In the preface she explains movingly. “In every generation, there are tzaddikim who could have fit in very well in the generations of old. However, they were placed in their own particular times in order to teach those around them and to serve as inspirations to them I shall attempt to restore to life these rare individuals who remain everlasting models of osai chessed viyirei Hashem all the days of their lives. I was privileged to be their daughter, to be raised by them, and to learn, on a day-to-day basis, what the real purpose of life on Earth is all about.”

Memories and Miracles is about Mrs. Kenner’s family history, spanning generations, but it also gives a glimpse into pre-war Europe, and various personalities who lived in that time. As I was reading it, two thoughts kept crossing my mind: how does she have such encyclopedic knowledge of family trees and ancestors who lived before she was born? And, I wish someone could write such a book about my family. In truth, every family should have a family historian, so that future generations should know and take pride in their roots. Her family is certainly lucky to have such special ancestors (among their yichus they count such well-known figures as the Kli Yakar, Rav Shlomo Ephraim Lenchitz; and the Bach, Rav Yoel Sirkis) and such a knowledgeable historian.

She describes to me how much she enjoyed writing the book. “As I wrote, more and more memories surfaced. It was a very exciting time in my life. I originally intended the book for my family, but others expressed interest and I thought it would be nice to share with others. I sent a copy to an orphaned cousin of mine, and she was so excited to read stories that she had never heard about her mother. I actually gained a number of relatives from as far as England, and also from New York City that I never knew existed through the book. They bought the book, realized we were related, and wrote to me. Now we are in touch.”

A fitting reward indeed for such an ardent perpetuator of family legacy.

Memories and Miracles is available for purchase at Z. Berman Books in Brooklyn and Passaic, and at Judaica Plaza in Lakewood. 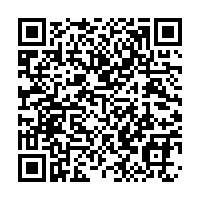