I’ve been graded, rated, and ranked. Coached, screened, and scored. I’ve been picked first, picked last, and not picked at all, And that was just kindergarten. – Thanks for the Feedback, Stone and Heen


We are all, as Harvard professors Douglas Stone and Sheila Heen write in their well-researched and helpful book Thanks for the Feedback, “swim[ming] in an ocean of feedback” throughout our lives. As children, we get hundreds of grades each year; as young adults, we hear about our strengths and weaknesses in shidduchim, and we have performance evaluations throughout our personal lives and careers.

In their book, Thanks for the Feedback: The Science and Art of Receiving Feedback Well (Even When It’s Off-Base, Unfair, Poorly Delivered, and Frankly, You are not in the Mood), Stone and Heen note that when we give feedback, we notice that the receiver isn’t good at receiving it. Conversely, when we receive feedback, we notice that the giver isn’t good at giving it. They wondered what made feedback so difficult. And, they realized that the key player is not the giver, but the receiver. Therefore, they created a book whose primary purpose is to give you an understanding of why getting feedback is so hard. They also provide readers with some tools to help them recognize, digest, and grow from any kind of feedback (unwanted and unwarranted included).

You might think that there are multiple ways that things can go wrong with feedback, but Stone and Heen have identified three specific triggers that make hearing and growing from the feedback more difficult:

It’s important to understand that these triggers aren’t necessarily wrong. You might be right that your sister should not give you business feedback or that your boss does not understand the project you are working on. Regardless, these triggers are obstacles because they stop us from being able to successfully engage in the difficult conversations that might arise after we get the feedback.

Below, I’ve outlined some of the key tactics you can use to help really say, “thanks for the feedback” and mean it!

Truth Triggers: If the feedback feels off or untrue.

Separate “Appreciation, Coaching, Evaluation.” There are different reasons that people give feedback. Some feedback is given for appreciation to let you know how wonderful you are. Other feedback is to coach you to learn and improve in the future. And then there is feedback to simply rank and rate you. Figure out what kind of feedback you were expecting and what kind of feedback you received. That will help you understand which part of the feedback was so upsetting.

See your blind spots. Before we resist the feedback, it’s important to recognize that perhaps maybe other people see things that we do not. Think about whether there are instances in which other people have mentioned the same thing. Perhaps this is your blind spot.

Relationship Triggers: If the problem is the giver of the feedback.

Don’t switch tracks. Don’t get stuck on the “who” of the feedback. Instead, focus on the “what.” If we believe the person has no credibility or has treated us with little respect, we automatically respond by thinking “How dare you!” These should really be two separate conversations: one addressing the actual feedback and the second addressing whether it was appropriate at all for the giver to give you the feedback. That still doesn’t mean you should reject the feedback!

Look at the big picture. Take a step back and look at the relationship system you are in. Understanding the dynamic between the giver and the receiver can also help you understand the feedback itself.

Identity Triggers: If the feedback threatens who you are.

Be prepared, be mindful. Think about how you react to criticism in general. Do you listen intently and then automatically dismiss it? Do you crumble? Do you defensively respond? You likely have a pattern. If you are aware of your pattern, you can work towards creating a healthier, more productive one.

Contain the story. This feedback is likely about a single event, and should not infiltrate all events in the past and all events in the future. Understand what the person is trying to say, and then bounce back with a plan for action to help change the event.

Since we are always being evaluated and we are always receiving feedback, we might as well learn how to respond in ways that make us grow and improve. Let’s all find some of the coaching in the criticism! 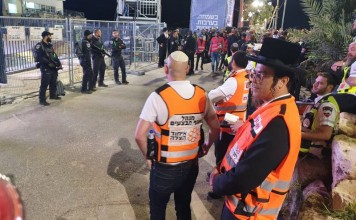 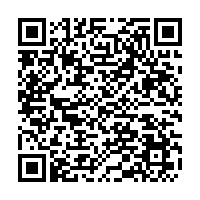