Dolgopyat was the fourth gymnast to do the floor exercise, knowing his three prominent opponents had already scored fairly low, most notably the bronze medalist in the all-round final Nikita Nagorny, who stumbled several times and received only 13.066 points.


The Israeli started strong and performed his exercise relatively well with one trip off the mat, which cost him one-tenth of a point.

Dolgopyat received an impressive score of 6.6 points on the difficulty level, which helped him overcome his one error. For his performance, he received a score of 8.433 points. His final score – 14.933 points, although lower than his score in the qualifiers (15.2), was enough for him to make history.

This is Israel’s second gold medal in its Olympic games history, and the 12th medal altogether, including Yael Arad’s silver medal in Barcelona and nine bronze medals. The Israeli delegation to Tokyo 2020 has won three medals so far, more than in any other Olympic.

Prime Minister Naftali Bennett on Sunday morning issued a statement saying: “Thank you Artem! You have made blue-and-white history! Congratulations to Artem Dolgopyat for winning a gold medal at the Tokyo Olympics; this is a source of enormous pride and great excitement for the entire people of Israel. Hatikva has been played in the gymnastics arena in Tokyo and the flag of Israel is flying high.” 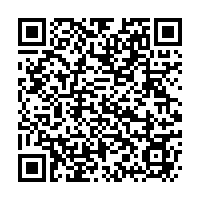