After the elections in America, and Biden being declared the President-elect, we in Israel, are left with a big void in our hearts. What will be now?

As Jewish people throughout time, the reign in the world, no matter in which country, always had its effect on the Jews. Hashem is in charge of the entire world, and we are His children, we are His chosen nation.


It is the Torah, and Jewish way of life that the nation of Israel lives, that keeps the world alive.

Since the time G-d created the world there have been so many changes for better and for worse, and they all revolve around serving Hashem. There have been generations of persecution and pain. While there were also generations of light and joy. We have had great and honest leaders and kings rule the world and we have definitely had our share of cruel and destructive leaders, which led the world into chaos and confusion.

It’s very hard to see Hashem’s presence in such hard times, it’s very difficult to see G-d’s plan when all around things seem so unfair and challenging.

With Biden in the White House, what will be now? What will his relationship with Israel be, and what will the future of the Jewish people in the United States be? What is it that Hashem wants of us that He is pressing us against the wall, sending a message to us all?

As a Jew we must always remember that everything Hashem does is for us. It is to help us come closer to Him and serve Him in the best way possible, as individuals and as a nation at large. When something happens in the world which will affect Jews as a whole and not just as individuals, it is G-d calling out to us all.

When there is some sort of trouble in a family, everyone comes together to try and help out. Even if the family usually isn’t very close or in contact. Somehow hardship and challenges bring families together.

Am Yisrael is one big family, even if on a daily basis we may seem disconnected from one another. As soon as one part of the Nation of Israel is suffering, the entire nation unites.

We are all the children of G-d and a parent always wants to see his children together.

Hashem is our father and He is constantly sending us messages of love and connection. Hashem wants us to always be close to Him and remember that He is the parent and we are the children. If we follow Hashem’s Torah and Jewish way of living, we will always be protected.

Hashem created the world with goodness. And He entrusted the world to His children. It is our job to take care of this wonderful world.

Hashem is always with us and is taking care of us even when we don’t follow His rules so correctly.

With Biden entering the presidency of the United States changes will definitely take place, and those changes don’t seem like they will be very beneficial to the Jewish people.

This is a message to us all to unite and to come together in solidarity. The land that Hashem promised to our father Avraham is the land of Israel. And perhaps now as we read again the story of Avraham and all he went through, the timing with the elections is very appropriate. Hashem is calling all his children back to the land He promised to Avraham’s children. Every day is the right day, to fulfill that promise; now more than ever.

May we stay united always, under the best of circumstances, and may Hashem protect us from all harm and hasten the true redemption in our times amen. 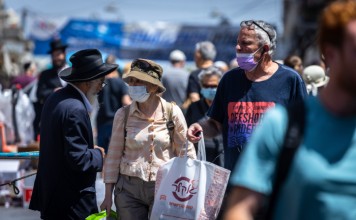 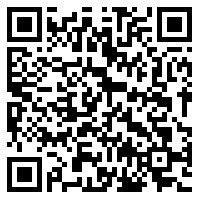