The new vaccine from Pfizer won’t be a “magic bullet” to eradicate the coronavirus pandemic, but will be an important tool in managing the spread of the virus, said Richard Horton, Editor-in-Chief of the renowned medical journal The Lancet during a webinar he delivered to the University of Haifa Board of Governors on Monday.

“The vaccine announced today is an interim analysis, it’s not the final bottom line on the study. True, it seems there may be a 90% effectiveness rate, but we haven’t seen the full data yet,” said Horton, who is receiving an honorary doctorate from the University of Haifa.


For one thing, he explained, it is still unclear if the vaccine will be effective for all age groups. That said, Horton remains “cautiously optimistic” but warned that the “vaccine is not going to be a simple magic bullet to eradicate this Coronavirus.” He went on to say that Pfizer is one of eleven vaccines in the final stages of clinical studies and that there around 40-50 in early clinical trial developments, as well as over 100 in pre-clinical development.

Last week, Horton sounded the alarm against premature announcements of a cure for the coronavirus, writing in The Lancet (Managing the COVID-19 vaccine infodemic): “Misinformation about COVID-19 vaccines is a serious threat not only to public health but also to national economic security—a fact made all the more urgent as a second wave of coronavirus sweeps across Europe.”

“The connections between us in groups or networks enable the propagation of misleading evidence as well as true beliefs,” Horton explained. “Models of communication show the importance of trust in shaping the spread of beliefs. The greater the distrust among those with different views, the greater the risk of permanent polarization.”

“We are also prey to conformity bias—a desire to agree with others and to trust the judgments of others,” he warns. “Our predilection to conformity makes it harder to stand against the crowd. If your network holds strong anti-vaccine views, you may find it more difficult to arrive at your own independent judgment, even if you are inclined to have confidence in a vaccine. And misinformation is made worse when there are active propagandists spreading fake news. The field of COVID-19 vaccines is full of propagandists seeking to manipulate and mislead.”

“We have every reason to be hopeful that there will be more than one vaccine,” Horton said at his webinar. He then commended Pfizer for developing a vaccine within ten months when most take at least seven years to develop. He also praised their claim that the vaccine will have a 90% effectiveness rate since most new vaccines tend to have a much lower rate of success.

But he also pointed out that there are unregulated vaccines already given out to service members of the military in Russia, China, and the United Arab Emirates. None of those vaccines have undergone clinical trials and they would not receive approval in Western countries like the United Kingdom, the United States, or Israel.

“My worry is if something goes wrong with those vaccines, if there’s an adverse effect we didn’t detect in the early-stage clinical trials and we then discover it, that will puncture any confidence people will have in the Covid-19 vaccine,” he warned. “We really have to be careful. This is not a moment to cut corners.” Once a safe vaccine is available, he said, healthcare workers, older citizens, and those with chronic illnesses should receive it first.

On a related note, Horton also welcomed the collaboration of Chinese scientists who voluntarily shared their data with the rest of the scientific community. While the Chinese government has been criticized for remaining secretive about the spread of Covid in their country and withholding information, Horton praised those Chinese researchers who worked with the international community.

“I know in [President Donald] Trump’s era, he called Covid the China Virus and the relationship between America and China became fractured. I’m not interested in the geopolitics of that, but rather in dealing with doctors in China who have been an inspiring part of this story. They published their work in another language in journals thousands of miles away because they wanted the knowledge of this disease out to the rest of the world,” he said. “The Chinese medical and scientific community are now fully part of the international [scientific] community. When politicians raise the heat, remember that underneath that, scientists are working incredibly well together and that has got to be an advance for humanity.” 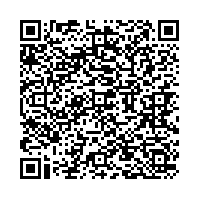