When Utah Jazz point guard Ricky Green scored the five millionth NBA (National Basketball Association) point in a January 24, 1988 loss against the Boston Celtics, the league thought it would be interesting to determine who had scored the first field goal.

It discovered that the first basket had been made by the long-forgotten Oscar (“Ossie”) Benjamin Schectman playing in the fledgling Basketball Association of America (BAA), which became the NBA in 1949. (A video of that historic basket may be seen on YouTube.)


The inaugural game of the BAA was played in Toronto on Friday night, November 1, 1946 at 8:30 p.m. with 7,090 fans in attendance. Ticket prices ranged from 75 cents to $2.50, but a few fans were admitted gratis as part of a marketing gimmick offering free tickets to all attendees taller than Toronto’s 6’ 8” center, George Nostrand.

The game, which featured the New York Knickerbockers against the Toronto Huskies, was originally to be played the following day on November 2, but the very popular Toronto Maple Leafs were scheduled to play that day, so the basketball game had to be moved back to November 1 and the court was laid atop the ice surface.

Most of the original BAA owners, who were also owners of professional hockey teams, sought to make their new professional sport appealing to hockey fans, who particularly enjoyed hockey brawls and violence and, as such, they instructed the referees to essentially “let the players play.” About a minute into the game, with the refs not calling anything except the most blatant fouls; with the game being played on a court filled with puddles from the melting ice; and with the players slipping and sliding away, six-foot tall Ossie Schectman of the Knicks scored the historic opening basket.

Schectman charged down the court in the middle of a classic three-on-two break and scored on a layup, a play which the announcer described as “a clean first basket.” There is some dispute as to who should be credited with the assist; official recognition is given to a give-and-go pass from Leo “Ace” Gottlieb, but there is credible evidence that the passer was actually Nat Militzok.

Schectman scored 11 points on four field goals and shot 3 for 5 from the line in the Knicks’ 68-66 victory over Toronto. He went on to score 435 points during his lone season with the Knicks, averaging 24 minutes, 8.1 points (making him the third-highest team scorer, shooting 28 percent from the field – no team during that inaugural season shot better than 30 percent – and 62 percent from the free-throw line), and two assists per game (third best in the league).

Schectman thought about joining the new league when, during a barnstorming exhibition tour in 1946, he met Chuck Connors, who would later achieve fame starring in “The Rifleman” on television and was then trying out for the BAA’s Philadelphia Warriors. (Connors is one of only 13 athletes in history to play both professional basketball and major league baseball.)

Schectman signed his contract with the Knicks on September 1, 1946 and was paid $60 a game, plus a $1,000 bonus for the playoffs. The Knicks finished their season at 33-27 and, during the six-team postseason, defeated the Cleveland Rebels 2-1 in the quarterfinals before being swept 2-0 in the semifinals by the eventual champions, the Philadelphia Warriors.

The starting five for the Knicks that historic opening day in 1946 – Schectman (team captain and, at age 27, one of the oldest players on the team), Leo Gottleib, Stan Stutz, Jack Weber, and Ralph Kaplowitz – were all Jewish, as were subs Sidney (“Sonny”) Hertzberg, who went on to be the Knicks leading scorer that season with 515 points, Hank Rosenstein, and Militzok.

The local Toronto fans subjected the team to anti-Semitic heckling, including chants such as, “Throw the ball to Abie!” (The players faced similar taunts from fans during their home games at Madison Square Garden.)

It was not surprising that the entire Knick team was Jewish because professional teams generally drafted mostly local players, and the New York ballplayers were drawn from the Jewish semi-pro teams, Jewish settlement houses and schoolyards, and Jewish community center leagues that sprung from Jewish inner-city neighborhoods.

Basketball, which became an important part of Jewish communal life, played an important role for the children of Eastern European immigrants, both as players and fans, in establishing their American identities.

Jewish success in basketball provided Jewish youths with a way to prove their physical strength, speed, and athletic skill to the gentile world in the face of traditional stereotypes of Jews as bookish and physically fragile. Of course, this conspicuous role of Jews in professional basketball brought out the anti-Semitic haters.

For example, New York Daily News sports editor Paul Gallico wrote in the mid-1930s that basketball “appeals to the Hebrew with his Oriental background [because] the game places a premium on an alert, scheming mind and flashy trickiness, artful dodging and general smart-alecness.” While the Knicks were very popular at home, they faced racial slurs on the road as “that Jew team from New York.”

Born in Kew Gardens, Queens, Schectman (1919-2013) grew up in poverty as one of five children of immigrants from Odessa, Ukraine. He first learned the game in the 1920s in Harlem, which was then racially diverse and had a number of Jewish settlements, and he began his playing career at Samuel J. Tilden High School in Brooklyn.

He played both guard and forward at Long Island University, then a powerhouse under Coach Clair Bee, and he was a member of the undefeated 1939 NIT National Championship team that won 42 consecutive games. The winning streak was broken by USC in March 1939, but the team won the NIT crown when it defeated Loyola of Chicago 44-32 in the final.

An excellent dribbler, driver, and shooter, Schectman and Coach Bee led LIU to a record of 25-2 and to another NIT title in 1941 when LIU defeated Ohio University in the final 56-42 and Schectman was named Converse first team All-America. Bee said of Schectman, “In my estimation, Ossie was one of the all-time college greats. He could do everything a little better than any player you can name.”

After graduating LIU, Schectman served in the U.S. Army Air Corps during World War II before joining Eddie Gottlieb’s Philadelphia SPHAs (“South Philadelphia Hebrew Association”) of the American Basketball League, which won the league championship in Schectman’s second season (1942-43) and, the following year, he finished second in the league in scoring with 199 points (10.5 average).

The SPHAs were an American semi-professional and then professional basketball franchise founded by future Philadelphia Warriors owner Eddie Gottlieb as an amateur group comprised of mostly Jewish players. Their jerseys featured a Magen David and the acronym SPHA in Hebrew letters; their road uniforms had “Hebrews” stitched across the back; and they became known as “the Wandering Jews” because they did not have their own home court.

Anti-Semites always turned out in force to harangue the team or worse – sometimes they brought weapons to the games, which were confiscated – and they almost always went home frustrated and angry when the “Jew boys” won. The SPHAs, who became Jewish heroes, played in many leagues around the Philadelphia area and the East Coast, most notably the Eastern Basketball League and the American Basketball League (ABL), between which the SPHAs won 10 championships.

After five years with the SPHAs, Schectman entered the BAA in 1946, played his only year in the league, made his “first shot,” and played in 54 games for the Knicks. He turned down the Knicks’ offer to play a second year for the team because he had business opportunities in New York that required frequent road trips, precluding his commitment to a BAA schedule.

While working in the garment business, however, he played for the Paterson Crescents in the regional American Basketball League for two seasons; the team won the ABL championship in 1947-48, and Schectman was named to the All-ABL first team.

Schectman later retired to Delray Beach, Florida. Known for his positive attitude, he frequently told interviewers that he felt no jealousy or resentment about the stratospheric salaries earned by contemporary NBA players because “they are the best athletes in the world, and they deserve it.”

Schectman and other players from the historic first BAA game were honored at a 1996 game between the Knicks and the Raptors marking the 50th anniversary of that inaugural game, when the Knicks gave him a jersey bearing his name and number (6), and he was elected a member of the National Jewish Sports Hall of Fame in 1998.

He often spoke proudly about Sacramento forward Omri Casspi being the first Israeli in the league, and he continued to closely follow the NBA until his death.

Though, as discussed above, Leo Gottleib is credited with the first assist in NBA history (on Schectman’s basket), Militzok claims that he made the first assist: “I didn’t remember it until I saw it on the video. And they showed number four giving him a pass underneath to lay up the ball. Well, number four happened to be me, so now I got the first assist. And now my wife is sitting there, saying, ‘You dummy, why didn’t you shoot the ball?’”

Schectman said that he did not remember who made the pass, though he didn’t believe it was Militzok because he was “positive that Nat wasn’t one of our starters.” (He is correct about that.)

Born in the Bronx, Nat Militzok (1923-2009) was a star in college, beginning his career at CCNY in 1941, when his team posted a 16-1 record. After transferring to Hofstra University, where he played for two seasons, he joined the Navy after America entered World War II and, while stationed at Cornell University, he played for its basketball team (1944).

After the war ended, he joined the Knicks as a 6’ 3” power forward for the initial BAA season, but he spent only part of that season with the team before being traded to Toronto in February 1947 for cash; according to Militzok, “there was a conscious effort on the part of Madison Square Garden to get rid of the Jewish ballplayers.”

It is clear that this was very much the case as Knicks management, concerned that the number of Jews on the team would adversely impact ticket sales, also sold Kaplowitz’s contract to the Warriors in the middle of the first season – ironically, Kaplowitz went on to play a key role in defeating the Knicks in the playoffs that year – and traded Rosenstein to the Providence Steamrollers. Hertzberg says that he was the only Jewish player left on the Knicks at the end of the season.

After a few more years in organized basketball in the American Basketball League, playing first for the Scranton Miners and then for the Saratoga Harlem Yankees, Militzok went to law school and launched a successful legal career. He represented a number of clients in negotiating contracts with professional basketball teams; among them were Lou Carnesecca’s contract as coach for the New York Nets (then in the ABA) and Columbia’s Dave Newmark’s contract with the Chicago Bulls. (Newmark, who is Jewish, later played in Israel for Hapoel Tel Aviv.)

Gottlieb was the uncle of Ron Rothstein, first coach of the Miami Heat. 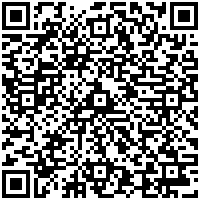