Qatari envoy Mohammed al-Emadi arrived in Jerusalem late Tuesday to meet with senior Israeli officials and UN special envoy Nickolay Mladenov on a ceasefire agreement brokered with Gaza’s ruling Hamas terrorist organization, according to the Arab Al-Quds newspaper. Al-Emadi left the enclave Tuesday after two days of talks, during which Gaza’s Health Ministry announced it is to receive new equipment – including 20,000 testing kits – with which to test for COVID-19.

Al-Emadi entered Israel on Saturday through the Erez Crossing at the Gaza border and met with representatives of the Shin Bet intelligence agency, the IDF Southern Command and the Office of the Coordinator for Government Activities in the Territories, according to the Arabic Al-Quds website, The Jerusalem Post reported. He returned to Gaza following the meeting, where he had been holding talks with Hamas officials for several days.


UN Special Coordinator for the Middle East Peace Process Nickolay Mladenov had written in a tweet Friday that he was “VERY concerned” that escalation between Hamas and Israel was “imminent,” given the increasing rocket attacks launched at Israel from Gaza, and the nightly air strikes carried out against the terrorist group by the IDF.

“The situation in and around #Gaza is rapidly deteriorating. Militants continue to launch projectiles and incendiary devices. The tightening of closures is making life inside the Strip unbearable. Electricity is down to [three] hours, hospitals barely functioning,” Mladenov wrote.

“While the situation in #Gaza deteriorates, there is a rapid increase of #COVID19 cases among the population. With a failing health system, no electricity, unemployment soaring, continuing militant activity [and] closures.”

“#Palestinian militants must immediately stop the launching of projectiles, incendiary devices. #Israel must restore #UN fuel deliveries for electricity. Under the current circumstances no mediation efforts to prevent escalation & improve the situation can succeed,” he added.

President Reuven Rivlin spoke with al-Emadi Tuesday night, thanking him for his “commitment and intensive efforts to stop the escalation and to calm the situation, which are taking place alongside the IDF’s daily defensive and offensive operations.” The president stressed how important it is that “these efforts lead to a full arrangement, including the return of our boys held by Hamas, and the security of our people. We will not accept a reality of terrorism against Israeli citizens or soldiers under any circumstances.”

Almost immediately, Hamas announced Monday that ceasefire “understandings” had been reached to end the hostilities with the Jewish State, brokered by the Qatari envoy.

Israel made no announcement, but on Tuesday fuel trucks started to roll back into the enclave via the Kerem Shalom Crossing, which was closed for several weeks due to the daily arson and IED balloon attacks by Gaza terrorists since August 6.

“Over the last weeks, Hamas terrorist organization launched rockets, explosive and arson balloons from the Gaza Strip at Israeli civilians,” the IDF spokesperson said in a statement.

“In addition, a number of violent riots were instigated along the Gaza Strip security fence. In response, the IDF struck approximately 100 military targets belonging to the Hamas terror organization over the past 19 nights.” 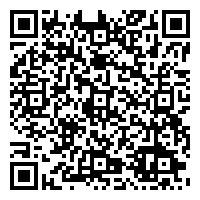