The National Security Agency (NSA) has “all” of Hillary Clinton’s deleted e-mails and the FBI could gain access to them if they so desired, William Binney, a former highly placed NSA official, declared Sunday on “Aaron Klein Investigative Radio,” broadcast on New York’s AM 970 The Answer and Philadelphia’s NewsTalk 990 AM.


Speaking as an analyst, Binney raised the possibility that the hack of the Democratic National Committee’s server was done not by Russia but by a disgruntled U.S. intelligence worker concerned about Clinton’s compromise of national security secrets via her personal e-mail use.

Binney was an architect of the NSA’s surveillance program. He became a famed whistleblower when he resigned on October 31, 2001, after spending more than 30 years with the agency.

In the radio interview, Binney referenced testimony before the Senate Judiciary Committee in March 2011 by then-FBI Director Robert S. Mueller in which Meuller spoke of the FBI’s ability to access various secretive databases “to track down known and suspected terrorists.”

Stated Binney: “Now what he [Mueller] is talking about is going into the NSA database, which is shown of course in the [Edward] Snowden material released, which shows a direct access into the NSA database by the FBI and the CIA. Which there is no oversight of, by the way. So that means that NSA and a number of agencies in the U.S. government also have those e-mails.”

“So if the FBI really wanted them they can go into that database and get them right now,” he stated of Clinton’s e-mails as well as DNC e-mails.

Asked point blank if he believed the NSA has copies of “all” of Clinton’s e-mails, including the deleted correspondence, Binney replied in the affirmative.

What Clinton Didn’t Say In Her Acceptance Speech

Notoriously missing from Hillary Clinton’s acceptance speech at the Democratic National Convention was a list of any significant accomplishments from her time as secretary of state.

The words “secretary of state” only appeared twice in her speech. One of those times she stated, “I have to tell you, as your secretary of state, I went to 112 countries, and when people hear those words – they hear America.” Here, she seems to be brandishing her foreign travel as a signature achievement while she was one of the nation’s highest serving diplomats.

The second and final direct mention of her former position came when she exclaimed, “As you know, I’m not one of those people. I’ve been your first lady. Served eight years as a senator from the great state of New York. Then I represented all of you as secretary of state.”

When she did briefly mention her record, Clinton mostly spoke in generalities and she seemed to be combining her time as a senator and as secretary of state.

She stated: “Look at my record.  I’ve worked across the aisle to pass laws and treaties and to launch new programs that help millions of people.  And if you give me the chance, that’s what I’ll do as president.

“I’m proud that we put a lid on Iran’s nuclear program without firing a single shot – now we have to enforce it, and keep supporting Israel’s security.

“I’m proud that we shaped a global climate agreement – now we have to hold every country accountable to their commitments, including ourselves.

“I’m proud to stand by our allies in NATO against any threat they face, including from Russia.”

Absent from her DNC speech was Clinton’s central role in the U.S.-NATO intervention in Libya in 2011, a military campaign that directly resulted in the destabilization of that country and its subsequent descent into chaos. Islamic extremists have since taken over large swaths of Libya, and have used the country as a staging ground to attempt to infiltrate Europe.

Islamic terrorists infamously carried out deadly attacks on the U.S. Special Mission in Benghazi on September 11, 2012. Clinton did not bring up her State Department’s role in denying security requests to the woefully unsecure U.S. facility.

Clinton further failed to mention her strong support for the so-called Arab Spring, including the toppling of the regime of Hosni Mubarak, a staunch U.S. ally, and the Muslim Brotherhood’s resultant rise to power there until a military coup in 2013.

Clinton referenced the threat of the Islamic State without explaining that the global jihadist group has taken up sanctuary in countries that were destabilized during her tenure as secretary of state.

The victory clinched by the Syrian army in Aleppo last week is a turning point in the Syrian conflict as well as global diplomacy at large, according to the assessment of an Arab diplomat speaking to Breitbart Jerusalem.

Last week, in the most significant military breakthrough since the beginning of the Syrian civil war five years ago, the Syrian army imposed a blockade on Aleppo, cutting off escape and supply routes to the rebels in the city’s eastern districts.

Not only is the successful siege on Syria’s second-largest city a huge achievement for the regime, it has also propelled Russian President Vladimir Putin to an advantage, the official said.

“Russian diplomacy, championed in a responsive and nimble manner by Putin and his foreign secretary, Sergei Levrov, has dragged the American policy into submission to their goals,” he said.

As far as Washington’s allies in the Arab world are concerned, Aleppo is a victory not only for the Syrian regime, but for the Iranian as well, he opined.

“If Aleppo is liberated, which seems to be the likely scenario, Assad will be able to claim victory,” he said. “Whether he gets to keep his seat or not, the Syrian president and his Iranian allies have defeated America’s allies and, ultimately, the U.S. military involvement in Syria served Russian, Syrian, and Iranian interests and undermined those of Saudi Arabia, who was already reeling from the Iran nuclear deal and America’s feckless support in the military campaign it leads in Yemen. The Syrian opposition now knows beyond a shadow of doubt that the strong side is Russia’s and Iran’s, not America’s.”

The U.S., he estimated, will eventually be forced to reward the Kurds for their effort by accepting their demand for extended autonomy or even statehood, “which means being at loggerheads with Turkey, a major player in NATO.” 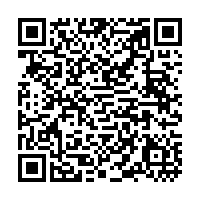