In the last two weeks, we’ve seen the good, the bad, and the ugly.

The ugly: The outright and brazen acts of thievery and looting, defacing of public monuments and religious institutions, messages of hate and revenge.


The bad: The breakdown of civil society, the disrespect for authority, the lack of morality.

The good: Voices raised against police brutality. The fight for equality. Americans of all stripes and colors demanding change for the better.

We are experiencing a range of emotions and it can be challenging to sift through it all. But while we wonder where we’re heading, we as Jews can’t help but notice the timing of these protests and riots. We haven’t yet gotten out of the first crisis – the coronavirus pandemic – and now we’re suddenly hit with a second one. Is this mere coincidence?

As Jews, we know it can’t be. The protests started on Shavuos, just as lockdown rules were starting to be relaxed. Precisely as we were preparing to re-enter society, pandemonium broke and an even tighter lockdown – a curfew – was put in place.

I have suggested elsewhere that Hashem sent this plague to the world as a reflection of our divisiveness. The world, and America, is divided. It’s every country for itself. Every individual for himself. There’s no achdus. No v’ahavta l’reiacha kamocha.

The medicine was quarantine. No inter-personal relations. No hugging, no shaking hands – complete physical separation. Hashem was showing us what spiritual division feels like on a physical plane. He wanted us to reflect and make changes.

And, in fact, many changes did happen. We have seen outpourings of love in our communities and the dedication of front-line professionals, food banks, and volunteers.

So we’ve learned our lesson, right?

Perhaps, before we go back into the world, Hashem wanted to test us to see if we’re truly ready. He wanted to see how we really feel in our hearts towards other human beings.

There are many mitzvos related to achdus. Love your neighbor like yourself. Don’t speak lashon hara. Be kind. But there is another mitzvah that isn’t necessarily associated with achdus, but perhaps should be. And that’s “Lo sa’amod al dam re’echa” – Thou shalt not stand idly by the shedding of the blood of thy fellow man (Vayikra 19:16).

Elie Weisel pointed out that the word the Torah uses here is not “achicha” (your Jewish brother), but “re’echa” (your fellow human being). Lo sa’amod applies to everyone.

Traditionally, the mitzvah means that if you see your neighbor about to be killed, you must interfere. You can’t simply stand by and do nothing. By extension, though, one can say that it’s wrong to stand by idly after a person gets killed as well, as standing idly by sends the message that it’s acceptable to kill.

And here’s where separating the good, the bad, and the ugly come into play. Some protestors fulfilled lo sa’amod by demonstrating compassion – even outrage – in the wake of the unjustified killing in Minnesota. But others violated this mitzvah with their actions:

1) If a person justifies looting (many people on TV were said it’s “payback time” and okay to take from the rich or privileged), he is essentially standing by, even cheering on, as someone else’s business is ruined.

2) If person protests without standing six feet apart from others or wearing a mask, he is putting the lives of others at risk. Such action is pure hypocrisy. The protestor is purportedly acting in the name of lo sa’amod while endangering everyone around him!

3) If a person calls for “defunding” the police, he is essentially calling for increased crime (since crime increases without law enforcement). How hypocritical is that? In the name of protesting one person’s death, he is calling for the potential deaths of many others. In other words, he’s not only transgressing lo sa’amod – he’s contributing to it!

The bottom line is that all lives matter. We need to be sensitive to everyone. We cannot simply stand by and only think about ourselves. Hashem knows what’s in everyone’s heart. He knows who’s for real and who’s not. And only He will decide when the time is right for people to reenter society again.

For Jews, the timing of these protests was remarkable. They started on Shavuos, a day when we were k’ish echad b’lev achad – as one man with one heart – standing at the foot of Har Sinai. (And how remarkable is it that Covid-19 affects one’s breathing, and the protests’ slogan was “I can’t breathe”?)

As we gingerly tread back into society, we are naturally asking questions like “Will I get infected while getting my hair cut?” and “Is it safe to see my parents?” But we also need to ask, “What kind of person am I? What have I learned from this experience? How do I treat my fellow man? Am I observing the mitzvah of lo sa’amod and standing up when I see injustice being meted out to my fellow man? Or am I simply standing idly by?”

Hashem is slowly allowing us back into His home, the world at large. It’s a privilege we need to embrace with humility and self-reflection. Hopefully we will have learned our lessons from the recent events, and the good – and not the bad or ugly – will prevail. 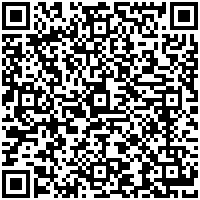