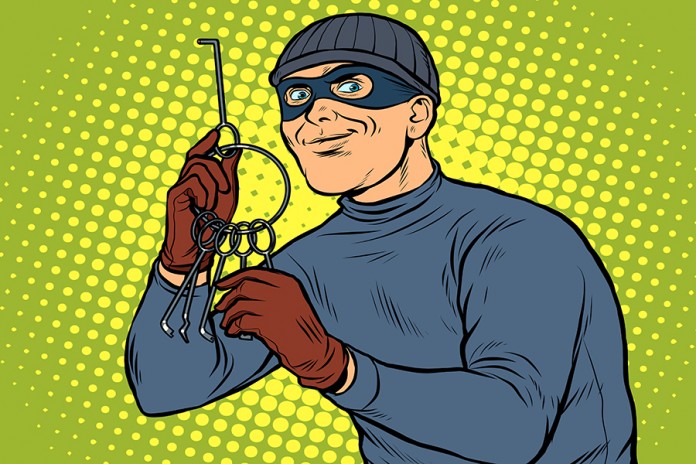 Someone told me about a online video series that exposes “gold digger” women agreeing to a prospective date despite their current involvement in a long-term relationship. I watched a short clip in disbelief. In this video, the boyfriend hires an actor to entice the woman in question to date him.

The actor uses money and charisma as bait. More than once, he asks if the woman was involved in a relationship. The beautiful woman assures him, “Not at all!”

Even when the actor responds, “I’m surprised that someone like you is actually single! Are you sure you aren’t dating anyone else?” she replies, “I’m definitely single. I just haven’t found the right one yet.”

Unbeknownst to the woman, her boyfriend is hiding in the actor’s car. When the actor opens his Tesla door for his “new date,” the girlfriend is caught red-handed. The boyfriend says, “I thought we had a good relationship. Where did we go wrong?”

She answers, “I guess I’m just not getting my needs met.”

Part of me hopes the show is fake (many claim so). Although this show is indicative of what our culture has sunk to, Pirkei Avot writes, “The wise person learns from every encounter.” I believe there is a deep message to glean from this video clip.

Falling asleep that night, my mind replayed words from a shiur by Rebbetzin Lisa Babich. While referencing the yetzer hara, she said, “The bad guy works for the good guy.”

The yetzer hara, much like the actor in the video clip, often sets a trap for us using an appealing facade. His purpose is to entice us into failure. Sometimes we take the bait, succumbing to our weaknesses. But the yetzer hara isn’t “bad.” He’s there so we can resist him by choosing well!

Are we as dedicated to the ultimate Boss as the yetzer is?

Judaism is not just a religion, but a relationship. Our challenges are tailor-made to build character. When passing our tests, we grow and gain self-respect.

Challenges often manifest through our physical selves. My husband’s coworker mentioned a newspaper headline regarding a famous person requesting cremation upon death. She asked, “How does your religion view cremation?”

He shared that Judaism believes the body is holy, so we require burial. She responded, “Well, in our religion, the soul is what’s holy. The body is irrelevant – “like a nothing.’”

Judaism opposes this notion. Our essence is the soul, but without the body we cannot achieve anything spiritually valuable. The body must partner with the soul in life.

The relationship between body and soul can be illustrated by a lit candle. Lighting candles is central to Judaism, because it is an act that represents every Jew. The ikar, main idea, of a candle isn’t the wax but the light it produces. The flame is always rising, representing the soul’s deepest desire to connect higher, but is grounded by the candle. It is only able to maintain the status of light because of this bound connection to the physical. Without wax (or oil), the candle can’t produce light. Without light, the candle has no purpose.

Similarly, the neshama aspires to soar, but the body anchors us. The body is not irrelevant; without it, we cannot perform even one mitzvah. However, without the neshama, the body has no purpose. They are woven together, requiring one another. Although body and soul are equally essential to being human, Judaism states that we are primarily a soul encased by the body. Our deepest yearnings are those of the soul, while our strong urges reflect the bodily needs and desires.

One way the yetzer hara, the “hired actor” works to challenge us is by convincing us that our essence is bad. The greater the individual, the more skilled and cunning the “actor.” For example, when we are praying or actively involved in a mitzvah, the yetzer hara says, “Don’t you remember what happened yesterday? You lost control/spoke rudely/succumbed to your desires! That’s who you really are! How can you now pray as though you are a tzaddik?”

The yetzer convinces us that our core is bad, but nothing could be further from the truth. The yetzer hara creates feelings of guilt so when we are performing mitzvot aligned with our deepest desires, he says, “You are fake.” The worst part? We frequently believe the lie.

We are each endowed with a pure neshama, and our essence is good. Growing up, my mother said, “The body is a temple that houses Hashem. We must therefore eat properly and care for it.” Rivka Imeinu (who shares my mother’s name) understood the relationship between body and soul quite well.

Rav Weinberger shared a beautiful concept from Parshat Toldot. When Rivka was expecting, she was initially unaware she carried twins. When she would pass by a place of spirituality, her baby would kick with excitement. Similarly, when she passed by a place of idolatry, her baby also kicked with excitement. This dichotomy worried Rivka. She began to daven with fervor, asking Hashem, “If so, why am I thus?”

Hashem then informed her that she was having twins.

This scene represents all of us. We each have two entities trapped inside: a little Eisav, a critic, and a little Yaakov, a saintly do-gooder. Just like the twins Eisav and Yaakov were trapped together in Rivka’s womb, so too are both our yetzers, body and soul, trapped together.

According to commentators, through the eating of the fruit from the Tree of Knowledge, the tendency to do evil was internalized within the human psyche. Previously, man and woman had an intellectual choice between good and evil, but evil was outside of the body, a philosophical issue, not an inner pull or an emotional desire.

Before the sin, a person’s soul expressed itself through its body. Body and soul were in consonance with each other. For example, when the soul wanted to pray to G-d, the body rose early and prayed. When the soul wanted to study and grow most effectively, the body ate healthy foods and took care of itself to provide the necessary fuel and energy for the demanding task.

Now, post-sin, a dichotomy exists. Almost dualistic. One’s soul wants to pray, his body groans, turns over and shuts off the alarm clock. The soul strives to perfect itself, the body wants to eat chocolate cake, watch television and lie on the beach!

The body is no longer in the service of the soul, it no longer runs to do its bidding. Not only is the body not a reflection of the soul, but they are now working at cross-purposes.

The body must get its needs met. Otherwise, it will find a way to do so, even if it requires a rebellion of sorts. The two require a symbiotic relationship. If we don’t meet the needs of the body, it will not cooperate with what the soul wants.

Our job after Gan Eden is to overcome this inner struggle, and choose “up” even when we are enticed to choose “down.” So, the next time you are faced with temptation, remember it’s a setup and that ultimately we are all working for the same Boss – Hashem. Let us prove to Hashem we are the more dedicated employee. In this way, the yetzer tov, the soul, can accomplish what it was placed here to do. 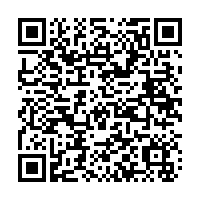