On The Road To The Perfect Snack

In honor of the beginning of summer, we decided to take the search for the perfect snack on the road and see what we could find along the East Coast.


We began our journey in the beautiful state of Massachusetts, more specifically in Hyannis. There we came across the world famous Cape Cod Potato Chip Co. Most of their products are under Kof-K supervision and are parve, but please check the labels to verify. Among the varieties we tried and loved were Sea Salt and Vinegar, Golden Russet and the Lighthouse pretzels. We took home two bags of the reduced fat varieties and have to say that no one believed they were low fat. They were truly incredible.

From there we traveled until we reached the Pennsylvania Dutch Country. Among the many wonderful products originating in that historical area is Stroehmann's bread. Available in a number of varieties including Dutch Country Potato and Whole Wheat, we found them to be soft, with a nice crust and good flavor. Perfect with peanut butter and jelly or for a Sunday French toast brunch with vanilla ice cream and maple syrup.

We continued traveling through Upstate New York, where, in a city called Marion, we found an incredible snack ? apple chips. Produced by Seneca Foods Corporation, these delicious chips are under the Kof-K and are nearly all parve. They are amazing. We brought home a number of flavors for the office and everyone loved them. Most people came back for seconds, asking where they could be purchased. Our favorite flavors were pink lady and golden delicious.

We ended our trip back in Brooklyn were we found a number of products produced by a company called BBM Chocolate. Amongst their huge selection we found the world famous Alprose Chocolates ? which taste just as incredible as the really expensive chocolate for a fraction of the price. They also manufacture the L'Chaim cereal bars ? the only coated cereal bars that we have found that are parve. They come in three flavors ? peach, strawberry and raspberry. If you are looking for a quick and healthy treat, pick up a box and try them. The last product we tried there was a L'Chaim bar. For those of you Cholov Yisrael eaters who long for a Three Muskateers bar ? get to a store and try one of these. You won't be able to tell the difference.

That's all for now ? next month look for more bread, BBQ sauces and dressings. 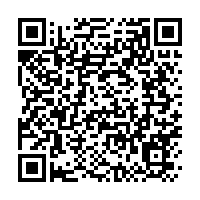