Journey back to ancient Canaan where famine reigns. Jacob sends his sons down to purchase food in Egypt, the only place that has grain. Joseph, the viceroy causes great troubles upon his brothers. They return home to get Benjamin, and Jacob instructs them to take along gifts, items of foods that can’t be found in Egypt, but are abundant in Canaan. Amongst those gifts are shekadim – almonds.

Nuts have a long and varied history. They have been used as a food to feed the poor (peanuts) as well as a “food for the gods” (walnuts). On every major continent, varieties of nuts have been found in archeological digs. Native Americans used every part of the nut, burning the shells to use as fuel. Today we find different varieties of nuts being eaten as snacks or added to gourmet recipes.

Why are nuts so popular? First of all, they are good for you. Nuts are cholesterol-free and contain healthy, unsaturated fats. They also provide some much-needed vitamins and minerals like zinc, magnesium and vitamin E. Second, they are easy to eat and taste good.

Mama Mellace’s Old World Treats (OU parve) recently added another dimension to nut eating – fun. With a combination of old-world traditions and bold new ingredients, the company has created a line of nuts that is without comparison. Their roasting process, which uses no oil, butter or preservatives, produces nuts that contain 25% less fat than most other nuts you find on grocery and supermarket shelves.

We tried many of the different flavors – Sweet Fire Cashews, Roasted Garlic Peanuts, Chipolte Almonds, Sweet Onion Cashews; each one was a hit. I know what you’re thinking – onion and garlic on nuts? We were a little nervous about trying the flavors, but every bite was delicious and not overwhelming, more of just a hint of the garlic, onion or other spices.

My personal favorite was the Roasted Garlic Peanut. However, the overwhelming choice was Cinnamon Almond; the combination of sugar and cinnamon added so much to the almond. My family was greatly disappointed when only an empty bag remained.

The only downside, is that for now Mama Mellace’s can only be purchased on the web at www.mamamellace.com

Once upon a time in the mid-19th century, in the exclusive resort town of Saratoga Springs, a diner at an elegant restaurant ordered French fries. When they arrived at his table, he found them to be too thick for his taste and sent them back to the kitchen. Fortunately for us, the chef decided to take revenge on the diner and produced a dish of fries sliced too thin and crispy to be eaten with a fork. His revenge backfired. The guest was thrilled with the dish, and soon afterward Saratoga chips appeared on the menu. In 1895, the potato chip found its way to the grocery shelf, and a new snack was born.

Our tasters tried all four kettle-cooked chip flavors: Sea-Salted, Mesquite BBQ, Sea Salt & Vinegar and Creamy French Onion. The chips are firm with a nice crunch and leave no grease on your hands. The fact that it has 70 percent less saturated fat then regular chips was a big plus with our tasters. The Mesquite BBQ had a nice smoky flavor while the Sea Salt & Vinegar was intensely vinegary. Overall, our favorite was the Sea-Salted. Madhouse Munchies chips are available in two different sizes and can be found at select supermarkets or on the web at madhousemunchies.com 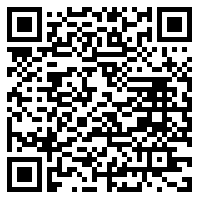