Let’s get this out of the way up front; I’m a shredded potato latke man. Ground up or processed potatoes have their loyal following, but for me, it just doesn’t taste the same. And frankly, fried baby food sounds nasty.

Latkes have a reputation for being messy, time-consuming, and labor-intensive. I have a few tips I’d like to share with you to help you keep your latke-making adventures, quick, clean and simple.

Latkes should be enjoyed at least once during the holiday. They’re not the healthiest, but they’re certainly among the yummiest. As my friend Fred defined them, calories are a unit of measure of flavor.

The hardest part about making latkes is keeping your family’s hands off of them while you’re cooking them.

Potatoes, onions, eggs, flour, salt, pepper; that’s all you need to get started.  This recipe isn’t going to stretch any culinary boundaries of yours, but a few simple tips will help you get the perfect latke every time. Of course, feel free to experiment with seasonings, condiments and frying oils for different ways to spruce them up.

After shredding your potatoes and onions, squeeze them dry. You will reduce splatter, cooking time and disintegration. Splatter comes from superheating (instantly heating it to over boiling, i.e. dropping water in hot oil) the water that comes out of the potato. The reduction in cooking time comes from not having to wait for the moisture to evaporate, which also means less time in the oil. The floating bits of latke that burn in your oil come from pieces breaking off because the moisture prevented the eggs and oil from sticking the potato and onion bits together. And burnt pieces will make the oil taste yucky.

You can use your hands to dry out the potatoes and onions, or if you have a fine mesh strainer, cheesecloth or a small pillowcase, these will be quicker and less messy. Shredded potatoes give off less liquid than their pulped counterparts, but they’ll still give off quite a bit, so don’t be surprised.

The more you put into the pan at one time, the lower the temperature of the oil is going to drop, and the longer it’s going to take to return to frying temperature. That means the latkes will sit in the oil longer. Spoon the batter for one latke into the pan of hot oil one at a time. Make sure to leave space between them so they cook on all sides, and you have room in the pan to maneuver them. I like using a soup spoon to drop them in, then flatten them out once the batter is in the oil. If the oil is hot enough, and your batter has been dried out properly, it will only take a couple of minutes of cooking per side until the latkes are golden brown, fully cooked and delicious.

When flipping the latkes, don’t plop the latkes back into the oil. They’ll splatter and that’s messy and dangerous. If you’re using a slant-sided pan, flip them up and outtowards the edge of the pan, and slide them back down into the oil. 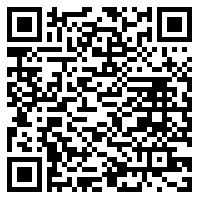