Mustard has been grown in the fields of England since Roman times and its origin has been traced back to 460 BCE to the pioneering physician Hippocrates. Black mustard seed’s ancient application was prominently medicinal, treating aliments such as inflammation, high blood pressure, headaches, asthma and a host of other conditions. Now that mustard ranks as the #1 condiment in the US and has risen to acclaim as an edible accompaniment to favorite dishes, only the tastiest brown mustard and white mustard seeds are grown and harvested for mass productions.

Colman’s Mustard, certified kosher by the London Bais Din, was first manufactured in the UK in 1814 by Jeremiah Colman. In 1866, Her Majesty Queen Victoria granted the company its Royal Warrant as manufacturers of mustard to the royal household. Today, Colman’s is still used by the British Royal household.

Cut 3 slashes into the top of each chicken thigh and put in a casserole dish.

Mix all remaining ingredients in a bowl and pour over the chicken. Rub into chicken and leave to marinate for at least 30 mins.

Preheat BBQ or griddle and cook chicken over a medium heat until cooked through and golden on the outside.

Serve with flat breads and sliced red onion and tangy fries (recipe below).

Soak cedar plank in water for at least 2 hours.

Place salmon on cedar plank and cook on closed BBQ until cooked (about 30 minutes).

Make sure you have water ready in case the plank catches fire (it should just smoke).

Serve hot.
Note: the number of servings will depend on size of fillet and whether it is being served as an entrée or main.

Preheat the oven to 425°F. Half the potatoes and cut each half lengthwise into 4 wedges. Spray a roasting pan with nonstick spray.

Spread the potato mixture in a single layer into the roasting pan, placing potatoes cut side down.

Roast until the bottoms of the potatoes are crisp and golden, 15-20 minutes.

Turn the potatoes with a metal spatula and roast until tender and crisp on the other side, 10-15 minutes longer. 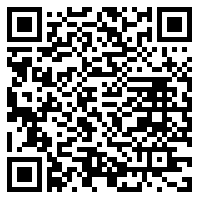