Last January a fifteen-year-old Arab entered the religiously observant Jewish settlement of Otniel in the Judean Mountains, carrying a butcher knife. He headed for the home of the Meir family.

A slight young woman with an enormous happy smile answered his knock. Dafna Meir, the lady of the house, was always ready to open her door and her heart.


Unfortunately, this time the visitor did not seek her help but the death of her children. Wielding the knife, he stabbed the short woman in the chest in order to get her out of the way. But Dafna Meir would not allow him to achieve his aim. With her bare hands she fought him until he ran from her house.

Her children were safe. Dafna lay dead at her doorpost. She had given her life to save them.

The thirty-eight year old mother of six, two of whom were adopted, no longer “enjoyed life,” as reported by her grief-stricken neighbors. Her famous sunny smile no longer lit up the Otniel atmosphere. An Arab teenager, under the influence of vicious Jew-hating propaganda, tragically extinguished Dafna Meir’s joyful life.

“She was a happy woman, joyful, optimistic, driven, responsible, loving,” one of her neighbors, Yishai Klein, related. “Everyone in the settlement who was in pain knew they could call her 24 hours a day.”

Dafna Meir “was a woman who enjoyed life, the wittiest woman I know,” added Liron Steinberg, a personal friend. “She always looked for how to help. If it was to take two foster kids, or as a nurse in the neurosurgery department. I work as a social worker in the Beit Hagai youth village and she would always invite home kids who didn’t have anywhere else to be,” she concluded in tears.

Dafna herself had been an adopted child. She grew up in Rishon Lezion where at an early age social services removed her from her ill-functioning family and placed her into an institution. Later she was sent to a boarding school in Kibbutz Tirat Zvi, a Bnei Akiva religious kibbutz.  Dafna completed high school there and then served in the army, where she met her husband, Natan.

After their marriage, they settled in Otniel and built a family of six: four biological children, Renana 17, Akiva 15, Noa 11, Aanava 10, and two adopted, Yair 6 and Yaniv 4.

At the time of her marriage, Dafna was determined that no matter how many children she gave birth to, she would foster additional children. Her dream was to take in children in need and provide them with a happy life.

In addition to motherhood Dafna Meir worked as a nurse in the neurosurgery department of Soroka Medical Center in Beersheba and as a pre-marital counselor for brides.

Buried in the Givat Shaul cemetery in Jerusalem in the person of Dafna Meir is a brilliant example of Jewish motherhood tragically victimized by Arab hatred. 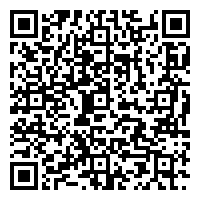