Baby-boomers who were fortunate to know their grandparents were likely regaled with stories of life in the shtetl and early 1900s New York. One common denominator between our Old World and New World ancestors was the crowded living conditions, with families often consisting of six or more children sharing a dwelling space of one or maybe two bedrooms. In fact, some kids shared beds with several siblings at a time – and even a bathroom with other large families on the same floor.  Somehow they managed to thrive in these crowded conditions but the dream was to earn enough money to own a home with lots of rooms to accommodate children and guests – often relatives brought over from Europe.  It was not unusual for elderly grandparents to live with a married daughter and her family or her to take in unmarried siblings for extended periods of time.

Many families did eventually achieve this goal, even if it took a generation or two to do so.  So successful were a significant number of individuals that the term “monster home” was created to describe the huge houses that sprung up like weeds, replacing the smaller but decent-sized ranch houses and bungalows that were purchased.  Some were remodeled with additions, but many were demolished and replaced by multi-leveled houses with four bedrooms and an equal number of bathrooms. Some homes were even built with a self-contained Pesach kitchen, swimming pool, den, family room, “granny suites” and guest rooms.


But I believe that the up-and-coming generations will not live in the grand single-family homes many of them grew up in. That’s because housing in cities and towns in the New York area, in Toronto and other urban areas is becoming a luxury, and fewer and fewer middle to upper-middle income families can afford to buy homes in what we would term geographically-desirable frum communities in North America.

In Toronto, for example, blessed with a large and rapidly growing Orthodox community, the average home is well over $1,000,000. Even fixer-upper homes that are falling apart, but that are located in heavily populated frum neighborhoods, sell for that much. The cheapest homes in the not-as-popular Jewish areas are still an out-of-reach $700,000-800,000. I imagine that in Brooklyn, Queens, the Five Towns and Los Angeles the real estate has also skyrocketed to out-of-reach levels even for “comfortable” families.

A generation or two ago, young married couples would rent an apartment for several years and with money saved, and perhaps some financial help from their parents, they would buy a starter house. Gradually as their family grew, and they became more established in their businesses and professions, they moved into a bigger home.

Those days are over.  For those families who may earn an impressive $120,000 a year, home ownership is out of reach even with the current very low borrowing rates.  Even if there is money for a down payment, 10% of  $1,000,000 is still a formidable $100,000. With tuition for two kids running somewhere around $25,000, how can they afford the monthly mortgage payments which are thousands of dollars a month as well? And then there are the high expenditures of being Orthodox: kosher food, sheitels, Yom Tov clothing, shul membership, as well as real estate taxes, car payments and upkeep, income taxes, etc.

Some couples may have wealthy parents, but if they have three or four siblings who also need or will need houses one day for their own growing families – well several million dollars doesn’t go that far anymore.

What I already see happening is that young families are staying in rental apartments and some are buying two or three-bedroom condos or co-ops. They will either have to limit the size of their family to live comfortably in their small living space – or live as their great, great-grandparents did once upon a time, with wall-to-wall humanity if they opt to have large families. 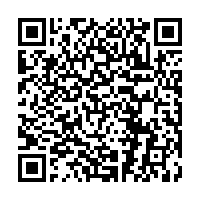