The last thing on people’s minds as summer officially starts is school. People are breathing a sigh of relief at the thought of their kids being in camp or in the bungalow colony and school seems like a far away destination. But it is because of summer and the financial expenditures that come with it, as well as the physical dangers and threats from nature that seem to occur in hot weather, that I am mentioning school, or rather the teaching of crucial life skills to our children that will serve them well as they become adults.

Some might argue that the school day is already packed with lessons, but it might be a good idea to downsize some and create time for subjects that are actually practical and life-enhancing.


For example, the ins and outs of managing money.  Almost two-thirds of Americans have less than $1,000 in their savings accounts to use in case of an emergency, and 21% don’t even have a savings account, according to a recent survey of more than 5,000 adults conducted by Google Consumer Survey for GOBankingRates.com.

Why is that?  So many people complain that they don’t have money – even if they are gainfully employed and make a decent salary. I suspect that in many cases it’s because of poor money management and clueless spending.  For example, a person may buy a coffee every morning that costs S4.00; what’s $4.00 after all. But do that five times a week and it comes to $20 a week or $80 a month; a year later $960 is gone. There’s your emergency fund – just don’t make a trip to the coffee shop.

I am not saying that people should forgo this relatively cheap pleasure – like my fellow columnist Rachel Bluth, I love my cup of coffee – but just be mindful of the expense and perhaps cut down. I buy a jar of flavored coffee at a fraction of the coffee shop price and it lasts for weeks. The money I save is spent on bus and air plane tickets and being a traveling Bubby.

I come from a family that never bought what they couldn’t pay, but I think that way of thinking is the exception these days. Many kids are being raised unaware of the difference between a need – fix a flooded kitchen floor – and a want – an updated phone with state-of-the-art gadgets.

Kids need to be taught how to save and spend money.  Even a kindergarten student can understand how the pennies collectively put in the pushka can add to real money that can help a kallah buy linens or feed a family for a week.

Lessons on fiscal responsibility should be taught in school and be adjusted according to grade. Perhaps money management can be part of math class. It’s something school administrators should consider while designing the curriculum.

If you listen or read the news, you know that there are floods, hurricanes, even earthquakes. And if you think that you live in a part of the world where these things never happen, think again. In August of 2011, I was visiting a friend in Brooklyn when the couch I was sitting on shifted! It was a strange feeling to be on a piece of heavy furniture that was moving.  For a second I thought I had vertigo, but my friend said she also felt disoriented for a few seconds and wondered why the paintings on her wall were crooked. There had been earthquake in Virginia and the quake was felt as far away as New York.

I have no idea where to place myself in case of an earthquake, a flood or a hurricane.  Do you stay or go outside? Do you hide in a closet, go to the basement or up on the roof? I visit Texas from time to time and twice in less than a year, flooding waters damaged neighborhoods with large frum communities. Did you know that if you are in a car in a flooded street, you should get out if the water is not moving, but if it is, stay put? Even a few inches of moving water is dangerous. Who knew? My instinct would be to get out of the car and swim with or against the current, but that apparently would be a very bad choice.

Knowing what to do in a disaster is crucial for survival.  Kids are taught how to get to safety in a fire but these life-saving lessons need to be expanded. I just read that several hikers perished this weekend while hiking in sweltering heat. During bein hazmanim, it’s not unusual to hear of bachurim who have drowned or gotten lost in the desert and were niftar. Hashem has commanded us to watch over our lives and protect ourselves. To do so we have to arm ourselves with knowledge. It is not bitul Torah to take time out from learning and be taught by experts. A live person can learn Torah, but a bachur who died prematurely cannot!

Perhaps a discount in tuition can be given to motivate parents whose children have not learned to swim by age eight to get them lessons. It is a mitzvah to teach a child how to swim. This goes for both girls and boys. Drowning does not gender discriminate.

In the same vein, kids should be taught how to defend themselves if they are being attacked. A bully will think twice about beating up a child if he/she knows how to block blows and how to inflict them in a way that will have the brute running in the opposite direction.

A bigger issue is that our kids are too trusting and naive or are taught to obey adults, especially if they appear to be part of the community. They need to be taught how to be mindful and alert and know how to prevent an abduction.

Even elementary age students should be taught basic first aid and get refresher courses every semester. Babies and toddlers can choke on something they swallow and it is crucial that young people know how to recognize the signs of distress that indicate choking and how to do the Heimlich maneuver on a choking child or adult. They should also be taught CPR and other life-saving techniques appropriate to their age and strength.

Mommy might be outside chatting with a neighbor while seven-year-old Leah notices the baby turning blue from something he put in his mouth while crawling. She needs to know what to do in those crucial first seconds.

Teaching teenage boys and girls basic auto maintenance in school can be life-saving as well – how to gauge if your tires are over- or under-inflated can prevent a crash. Knowing how to attach cables to restart a battery in the middle of nowhere can prevent much worry, stress and loss of valuable time.  It’s important to learn these skills. You don’t necessarily have to do it yourself but it’s handy to have that knowledge. On a lighter note, the same goes for knowing how to sew on buttons or make a hem. It’s a plus to know how, even if you have the means to get someone else to do it.  The extra money you save by doing it yourself can mean an extra cup of your favorite latte!

In-Depth Learning For Women On The Web

My Right Word: Summer Camp Learning to Be a Tunnel Terrorist

Learning About Arabs and Jews from a Lifeguard 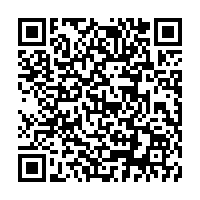