I would imagine that in most parts of the world, if you want to know what is happening, you need to read the newspapers and talk to experts. In Israel, however, that is not what you do. For years, people found out the real news from taxi drivers but today, in the modern world, the #1 expert to talk to is… the lifeguard at the beach!

I don’t go to the beach too much, so talking to lifeguards is not something I usually do, but last week I attended the bar mitzvah of a close friend’s son and one of the guests was Itzik, the lifeguard at the separate beach in Herziliya. My friend introduced us and for the next 30 minutes I found myself listening to a man who had incredible insights into life. As soon as he heard my American accent he insisted on speaking in broken English, even though I understand Hebrew perfectly. He told me that he is “the lifeguard at religion beach” (yes, that is a direct quote) and works all week but not on Shabbat. He has been a lifeguard since 1985 and told me things that proved what I had been saying for years.


The beach in Herziliya is 7.5 kilometers long and for all the years that Itzik worked there (over 30 years already!), the Arabs who came to enjoy the beach always bathed at the farthest northern point. There is actually a mosque at that location and it is next to the historical Apollonia National Park, which contains the remains of a Crusader city, built around 1250. While never officially declared the “Arab section of the Herziliya beach”, it was in fact the unwritten rule that Arabs go there. This happens to be a very nice section of the beach, with an official lifeguard, as well as all the comforts that exist everywhere else. Itzik told me that all that changed about 3 years ago.

He said that 3 years ago he noticed how Arabs began coming to all the areas of the beach – including the separate beach! He saw buses and buses of Arabs and found out that these Arabs were being bussed in from Hebron and Ramallah. He couldn’t understand what happened so he asked one of the Arabs whom he befriended, and this is what the guy told him; “The leaders of the Palestinian Authority told us not to go to the northern part. They told us to spread ourselves over the entire beach to show that this is our land and we can go wherever we want.” The Arab then told him that the leaders said, “Only the Jews remain in ghettos and small areas but we will show that all of Israel is ours.”

I want you to read that last paragraph again… and then again. The Arabs are not just talking or writing emails. They are acting and conquering even when they go to the beach! Stay in a corner?? Not us, they say! The entire land is ours, we are the home owner – the “Ba’al Ha’Bayis” -and nobody tells the Ba’al Ha’Bayis where to sit in his home!

Just a minute, please…. Itzik wasn’t finished yet. “My Arab friend told me another unbelievable thing. He said that those same Arab leaders told them that when they shop in the malls in Israel, they are not to speak in Hebrew (which they speak very well), but only in Arabic. These leaders said that they want the shoppers and store owners/workers to know that they are Arabs and that, once again – just like the beach – they can walk freely in any mall and shop in any store.”

I left my discussion with Itzik the Lifeguard and wondered; how many people realize this? What he said was nothing new to me… but I’m sure it will be revolutionary to most others. Too many people have their head in the sand and refuse to see the non-politically correct truth, but here it is: The Arab of today is not the Arab of yesterday. He is not apologizing. He is not making excuses. He is not hiding… and he is at war with the Jewish state 24/7, in everything he does.

The Arab of today declares to the entire world that Israel is his, and when he says “Israel” he doesn’t just mean Gaza, Jenin and East Jerusalem. “Israel” includes Herziliya and Ra’anana and Tel Aviv. It is all his and this is why he swims near the 5-star hotels and not near some Crusader ruins from 760 years ago. This is also why he shops in the fanciest malls in Ramat Aviv, Petach Tikva and Netanya and talks Arabic the whole time. He is not “undercover” nor is he a member of an illegal “underground” movement. He is proud and very vocal about his beliefs.

And the most important lesson of all? He wants the entire land of Israel – which is what I have said for over 40 years – and not just a small strip of land like some fools would have you believe. My blessed Rav, the great Rabbi Meir Kahane ztz”l said, “I understand the Arabs and they understand me but neither of us understand the Jews!” How true that comment was in 1980 and how true it still is in 2016.

People who supported the horrific “Gaza Disengagement Plan” believed that the Arabs would be happy with Gaza and that this would bring peace. Those people are fools yet most of them now support “The Two-State Solution”. I guess it’s true that fools never learn.

We need to talk straight and clear; The Arabs want one state and they want it Judenrein. They want every Jew out, even the ones that help them, and they will never be satisfied until their “Final Solution” has been successfully implemented, G-d forbid. You need to know this if you want to seriously deal with the issues confronting Israel today. Only strong, proud leaders who are not afraid to say this will be successful in leading the Jewish nation to greatness. All others are part of the problem and will never have a hand in the solution.

My advice to those weak, impotent and politically correct Jewish leaders is simple. Grab a towel, sun screen and a cold beer and talk to Itzik the Lifeguard. That beach experience can change your life. 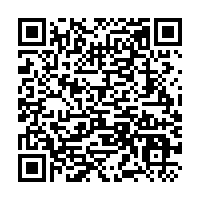