I have visited several communities this past month, and every conversation I have been a part of or overheard, whether with friends, acquaintances and strangers, seems to end up focused on the puzzling “state of the union,” or rather the state of non-union – what everyone calls the shidduch crisis.

From modern Orthodox to charedi and everywhere in between, people are beside themselves with worry and confusion because so many fine young men and women remain unmarried. Not only are they single, just getting a date has become a major undertaking requiring weeks of effort, determination and patience. For all too many, dates are far and few between – despite the fact that most of these young people are quite marriage ready. They are healthy physically and mentally, are educated/gainfully employed, involved in chesed projects and come from “good” families.


It truly defies logic when I am told by a relative’s machataynesta that on her block in Brooklyn there are a dozen girls in their mid to late 20’s and even 30’s who are waiting in vain for the phone to ring.

Personally, I find it bewildering that a shidduch I suggested for an amazing 23 year old girl from a “shtark” family is still in limbo – not a no, but not yet a yes either – two months later.

From what I am hearing, it seems that girls in the parsha as young as 21 are having difficulty getting dates, especially those living outside New York.

That is why I have a hard time understanding parents who will not allow their children – especially daughters – to begin to date until the sibling ahead of them gets married.

This is an issue that I have seen brought up from time to time in The Jewish Press in letters or articles in the Family Issues section with arguments both for and against. Sometimes there are older siblings insisting that they marry first and their siblings be “in the freezer” until that happens, while others give permission to their younger brothers and sisters to get on with their lives and bypass them.

Some parents are rather rigid about the older child marrying first, even if he or she has said it is okay for the younger one to “jump the queue.” They argue that the older unmarried sibling may develop feelings of inadequacy or even shame over the fact that younger sisters or brothers are building a bayit ne’eman, and that in recognition of the potential tzsar (emotional anguish) or perceived busha (embarrassment), they should not date until the older one is ensconced under the chuppah.

While this is a valid and legitimate viewpoint, and rightfully takes into account the sensitivities of the older child, is it fair to the other children who must put their own marital dreams and aspirations on hold, often for years and possibly jeopardizing their own chances of getting married as they become “older” singles?

How far should protecting the feelings of an older sibling go? Should a younger brother who is a better learner or academic scholar than his older brother suppress his abilities so as not to cause his less talented brother discomfort? Should a girl who is prettier than her sister purposely minimize or diminish her looks so as not to outshine her? Should she gain 40 pounds because her sister is overweight? Should a man deliberately undermine his business and make bad decisions because a sibling in the same line of work is struggling and not as successful?

What if the oldest sibling actually did get married in a timely manner and thus the younger ones had a “green light” to date and are now married too – but the older sibling has not been blessed with children? Should the younger couples then prevent the conception of their own children until the older one has a child? Should not the same argument that it is painful for the oldest to be surpassed by younger siblings when it comes to marriage also apply to having children?

After all, isn’t the heartache and keen sense of deprivation of a childless older sibling watching a younger brother or sister as they play or dance with their children on Purim or Simchat Torah of the same piercing caliber as it is for an unmarried older sibling seeing the younger brothers and sisters he or she babysat for being fiered to the chuppah first? 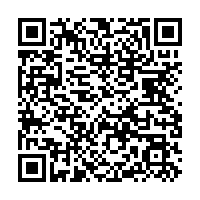