It’s hard to believe that for the past 30 days we have been living in a world without HaRav Yosef Sholom Elyashiv, zt”l, who died at the age of 102. We may never realize the effect his longevity had on our generation. Reb Elyashiv was a true gaon and masmid beyond most people’s comprehension. Although many could not relate to his advanced levels of learning or hasmada, he represented the essence of a true Torah giant. Many revered him as the greatest posek of the generation. For years Klal Yisrael had a leader whom they relied on for guidance and halachic issues. Scores of rabbanim from around the world would flock to hear his rulings. His humble abode was the attraction of thousands who would come merely to witness his greatness or receive his berachos.

It is crucial that we recall some of Reb Elyashiv’s attributes lest we forget, as we are not accustomed to the magnitude of his greatness.

Rabbi Elyashiv, born in 1910, was an only child born to parents after 17 barren years in their marriage. At the age of 12 his family moved to Eretz Yisrael and with the advice of the Chofetz Chaim changed their last name from Erener to Elyashiv, his mother’s maiden name, to aid them in attaining visas. At a young age he was recognized as a master in Talmud study. Rabbi Avraham Yitzchak Kook suggested a shidduch for him with Sheina Chaya Levine, one of the daughters of Rav Aryeh Levine, the tzaddik of Yerushalayim. The shidduch materialized and Rav Kook was mesader kiddushin at their wedding.

Rabbi Elyashiv accepted the position of rav of Ramle for a short while. He was thereafter appointed a Rabbinic Court judge on the Beit Din Hagadol of the Chief Rabbinate. Rabbi Yitzchak Herzog, the chief rabbi of Israel, excused him from court examinations and other protocol, saying that they were unnecessary for someone of his caliber. In 1970 he resigned from that post and did not hold any official positions for the remainder of his life. He knew no greater pleasure than to sit and learn Gemara alone while singing his trademark melody.

Rabbi Elazar Menachem Man Shach urged Reb Elyashiv to join the Degel HaTorah political party. After Rabbi Shach’s passing in 2001 Rabbi Elyashiv became the spiritual leader of the party. His influence was felt in many aspects of Israeli politics.

His daily schedule began at around 2 or 3 a.m., his day filled with many hours of intense learning. One of Rabbi Elyashiv’s grandsons noticed that his grandfather – in his 90s – arose half an hour early one morning. When he inquired as to why, Rabbi Elyashiv responded that on the previous day he had met with a government minister for half an hour – and now he was making up for that lost time from learning.

Rabbi Elyashiv always thought in terms of halacha. Upon hearing the news that a great-grandson was born he immediately said, “kosher l’eidus – fit for testimony.” (Sons and grandsons are unfit to testify or have testimony said about them, as they are considered related regarding issues of testimony.)

Rabbi Elyashiv ruled on many of the major halachic quandaries of the modern world. Here are some: Although he did not write his rulings, many were recorded by his students in Kovetz Teshuvos and Ashrei Ha’ish. Many people stopped smoking on Yom Tov after Rabbi Elyashiv ruled that since most people do not smoke, more people are forbidden to do so.

Rabbi Elyashiv approved ArtScroll’s English translation of the Gemara. Without his approval the project may not have ever developed into the amazing work that it has become – and have the international impact it has today. Rabbi Elyashiv advised bnei Torah to adhere to the moment of silence held on Israel’s Yom Hazikaron. After noticing several software piracy abuses, Microsoft joined those who asked Rabbi Elyashiv for a halachic ruling on this matter. After his prohibition a significant reduction in software piracy was noticed.

Rabbi Efraim Holtzberg, a close talmid of Reb Elyashiv, related a story of a young father donning a kippah serugah who asked Reb Elyashiv about 20 years ago to accept the honor of being the sandik (godfather) for his two baby boys. Reb Elyashiv answered that he had to attend the bris of one of his great-grandsons on that very day and was therefore unable to attend. The father pleaded with him. “Rebbe, don’t you remember me? Seven months ago I came to seek your guidance regarding my wife, who was pregnant with triplets. The doctors told us that we must kill one of them in order to save the other two. You told me with great encouragement that we should not kill any of them. I have come to you now because we just had two healthy boys and one girl and I want you to be the boys’ sandik.” Upon hearing this Reb Elyashiv agreed to be the sandik and made arrangements to be at both brissim. 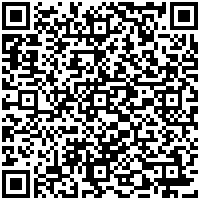