Our Jewish calendar is based on the lunar year, and Rosh Chodesh, literally the head of the month, occurs when the moon renews itself. It is a holiday — in that we daven mussaf, just like on Shabbos and Yomim Tovim, we do not conduct fasts, and the pious among our people eat a special seudah. Traditionally, women do not sew on Rosh Chodesh and refrain from performing heavy-duty tasks.

Rosh Chodesh was presented to women as a special reward for not partaking in the construction of the Golden Calf; when their husbands asked them wives for their gold rings, the women refused to hand them over for this purpose.


Originally, the days of Rosh Chodesh were intended to be a gift for the people in merit of the twelve tribes, but the tribes forfeited their entitlement to this benefit when they sinned with the Golden Calf, and the holiday was subsequently given to women who did not participate in the fiasco.

The Pirkei d’Rebbe Eliezer further states that just as the moon regains its youth at the beginning of each month, woman will be rewarded in the World to Come by being rejuvenated every month. One cannot help but note the contrast between this and Avraham Avinu’s request of Hashem — that man be endowed with visible signs of aging, so that the age difference between father and son could be discerned and proper respects be conferred upon the elder. (This was the first time since Adam HaRishon that the concept of zekeinim came into being.)

This Shabbos we bentch the new month of Teves, which falls on Friday (December 14 on the English calendar) and heralds the month that saw the birth and passing of Avraham Avinu, as well as the birth of Shimon, the second son born to Leah Imeinu.

The yahrzeits of many luminaries are celebrated during this month, among them the Rambam (20 Teves), the Baal HaTanya and the Shem MiShmuel (24 Teves), and Rav Shamshon Raphael Hirsch and HaRav Pinchas Hirschprung (27 Teves). Here I must add that I had the distinct honor of being in the presence of HaRav Hirschprung z”l but fear I was much too young to appreciate the privilege or even to properly absorb the import of his teaching at our Rosh Chodesh assemblies in Bais Yaakov of Montreal eons ago.

A couple of striking calamities befell us during this month: Ezra HaSofer and Nechemya ben Chachalya passed away on the ninth day of Teves, and it was on the tenth day of the month (Asara b’Teves) that the king of Babylon lay siege to Jerusalem, which eventually led to the destruction of the Bais HaMikdash on Tisha b’Av.

The eighth day of Teves saw the Greeks coercing the seventy-two Sages of Israel to translate the Torah into Greek — a most unfortunate occurrence that brought spiritual darkness upon the Jewish people. The last two lights of Chanukah that are lit in the month of Teves serve to illuminate all of its days and to nullify its forces of evil.

The Rambam in his later years had served as personal physician to the king of Egypt. Thus, upon the Rambam’s passing, the king ordered that a magnificent carriage drawn by six horses escort the holy man’s remains to Eretz Yisrael. The aron was escorted by thousands of weeping Jews.

Upon entrance to the Holy Land, hundreds more joined the procession — but along the way an argument broke out between the Jews of Jerusalem and those of Teverya; the former wanted their Rebbe to be interred in the holy city, while the latter insisted that he be interred next to his kin in Teverya.

In the midst of this altercation a band of robbers intercepted the group, forcing its members to abandon the carriage as they ran for cover. The horses then broke into a gallop and didn’t break stride until they arrived in Teverya, where they came to rest near the kevarim of the Rambam’s relatives.

Needless to say, this was taken to be the Rambam’s way of signaling his preferred burial place.

While the Baal HaTanya was imprisoned due to the false propaganda spread by the misnagdim, he once received a personal visit from a minister who asked him to explain the pasuk in Bereishis where Hashem asks Adam “Ayeika?” (Where are you?) The visitor was intrigued: Does God not know everything? 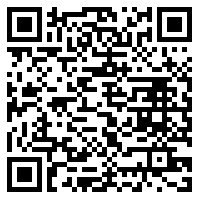