Home Magazine Archives The Greatest Act of Tzedaka – A Lifesaving Kidney Donation
Share on Facebook
Tweet on Twitter
What was the biggest single donation to Tzedaka (charity) or greatest act of Chesed (personal kindness) in your life? How much of a difference did it really make? Did it change a life? Did it save a life? How do you know for sure?

Contributions to the most noble of causes do not usually go entirely to the advertised purpose. Even when we give Tzedaka to poor people face to face, whom we encounter in the street, or who come knocking at our door, we cannot be sure what they will spend it on.

Even if we invited them into our home and gave them something to eat, we know that after eating from our table, they were no longer hungry, but what will happen the next day, when they will be hungry again, and we will not be there to feed them?

But there is a way to give a gift of Tzedaka that keeps on giving for many years. We can give someone in end-stage renal failure one of our healthy kidneys to carry out the vital functions that his own kidneys can no longer perform.

Medical science has made major strides in treating people with end stage renal disease (ESRD). Periodic dialysis can filter the poisons and waste products out of their blood, prolonging their lives. But ultimately, the only effective replacement for two failed human kidneys is another healthy human kidney.

Fortunately, our marvelous bodies can survive quite nicely with just one normally functioning kidney, while each one of us was born with two of them, including a built-in spare.  Healthy people never really need their second kidney, while for someone with ESRD, its donation literally means the difference between life and death. On average, a patient in end-stage renal failure will live 10 to 15 years longer with a kidney transplant than if they remain on dialysis. Younger transplant recipients enjoy an even longer extension of their life expectancy. Two U.S. teenagers who were among the earliest kidney transplant recipients in 1966 and 1967 are both alive and well today.

Live donor kidney transplantation is often (but not always) an exception to the rule in Halacha which forbids mutilation of our bodies because of their inherent holiness, having been created “b’tzelem elokim,” in the image of G-d. In cases of ESRD, we are dealing with “pikuach nefesh,” saving a life, which, in Jewish law, is often considered to be a compelling reason to permit a normally forbidden act.

Dying for a Kidney

Kidney transplantation is a life-saving procedure. Today, nearly 90,000 Americans await kidney transplants, according to UNOS or United Network of Organ Sharing. Each year, 8% of U.S. patients with ESRD die while awaiting the donation of a kidney from a compatible donor. On average, another person is added to the kidney list every 11 minutes, and 18 people die every day suffering from kidney failure.

The primary requirements for live kidney donors today is that they be in excellent health and share the same blood and tissue type as the recipient. While an identical twin makes for the best live kidney donor, advances in the use of immunosuppressive drugs has reduced the risk that the recipient’s body will reject a kidney from any person as a foreign body.

Kidneys can be donated by live donors or taken from the bodies of individuals declared to be dead. However, the overwhelming majority of deaths are ineligible for donation, resulting in a severe shortage of kidneys available for transplant.

Take a Number and Wait

Since 1984, kidneys have been allocated by the Organ Procurement and Transplantation Network (OPTN), which was created at that time by an act of Congress to assure that available transplant organs are distributed impartially. The same legislation made it illegal to sell an organ for transplant in the United States. In the case of kidneys, the main criterion for selection is the length of time that a potential recipient has spent on a centrally maintained waiting list.

One option for those who need a kidney transplant, but are unwilling to wait until their name is on the top of the list, is medical tourism. Some travel to China where organs are taken involuntarily from executed prisoners. Others go to countries like Pakistan and India where organ sales are legal. In those countries, organ transplant has become a big business, but the practices there have also been criticized as an immoral exploitation of the poor and disenfranchised.

A living kidney donor in the U.S. may legally specify the recipient of their kidney, as long as there is no direct financial quid pro quo. It may be a family member or friend, or a complete stranger in what is known as an “altruistic” donation. Living donors account for about one-third kidney transplant operations performed in the U.S. today.

A Jewish communal organization called Renewal, which was formed in 2006, specializes in finding living kidney donors for patients suffering from ESRD. Renewal works in cooperation with hospitals and medical teams across the U.S. specializing in transplants, and with the National Kidney Registry, which maintains the kidney waiting list in the U.S., and assures that the established medical and ethical guidelines are followed.

Only 1 in 10 Complete the Donation Process

According to Menachem Friedman, the Program Director of Renewal, only about 1 in 10 people who volunteer to donate a kidney actually do so. Some are not deemed healthy enough to safely donate one of their kidneys. Others cannot arrange to take off from work or other obligations for the procedure and recovery. Some prospective donors cannot donate due to objections from their own family members. Renewal also recommends that donors seek clearance from their Halachic authority, who generally has a better understanding of their situation and how the donation will impact the home.

Live donor kidney transplants have been carried out since 1954. There have been many advances since then, including the use of laprascopic surgical techniques, significantly reducing recovery time and scarring.

The kidney transplant process begins with a compatibility test followed by a full medical screening. After all the test results are back, which takes several weeks, the procedure is scheduled. The actual operation usually takes 4-hours, and the donor usually stays in the hospital for about two days. Renewal recommends two weeks of recuperation before returning to a desk job, or a few weeks longer for those with physically active jobs. At times the procedures have to be delayed for months in order to meet the scheduling requirements of donors imposed by their work or family commitments. After recovering from the immediate effects of the operation, kidney donors go on to live normal, healthy lives.

Kidney recipients are required to remain on immunosuppressant drugs to guard against rejection for the remainder of their life. They are also closely monitored to make sure that their new kidney is functioning as intended.

Medicare or other health insurance covers the direct cost of the transplant operation itself for both the donor and the recipient. Renewal covers the ancillary costs of the procedure for donors, such as compensation for loss of wages, convalescence and transportation expenses, which can amount to $5,000-$10,000 per transplant.

The organization arranges for an average of two kidney transplants a month. However, there are still patients in the community who are dying because no suitable kidney donors are available. To accommodate their needs, Renewal has become involved in the newest trend in kidney donation, “swaps,” also known as “paired exchanges” involving multiple simultaneous donors and recipients.

Often times a recipient has an eligible family member who can donate, however the blood types of the donor and recipient are incompatible. When another family with a similar situation comes along, Renewal arranges for a swap. For example, suppose Reuven needs a kidney donor with type A blood, and Shimon needs a kidney donor with type B blood. However, the only potential donor in Reuven’s family has type B blood, and the only willing donor in Shimon’s family has type A. Looked at individually, neither transplant is viable, potentially dooming both Reuven and Shimon to premature death due to renal failure. However, if Shimon’s family member gives his kidney to Reuven, and the donor in Reuven’s family gives his kidney to Shimon, both Reuven and Shimon can be saved.

The concept of a swap was first suggested in 1986, but did not start gaining wide acceptance until the 1997 publication of an article in the New England Journal of Medicine by Dr. L. F. Ross, exploring its ethical considerations. The first transplant exchange in the U.S. was conducted at Johns Hopkins Hospital in Baltimore in 2001.

The logistics required for successful swap arrangements can be difficult to set up. To minimize the element of mutual trust required, kidney swap operations are generally scheduled to be performed simultaneously, to prevent any of the participants from backing out at the last minute. This requires both donors and the necessary medical facilities and personnel all to be available at the same time.

In recent years, there have been complex swaps involving more than two pairs of donors and recipients. The first multihospital kidney exchange involving 12 patients was performed in February 2009 by Johns Hopkins, Barnes-Jewish Hospital in St. Louis and Integris Baptist Medical Center in Oklahoma City.

The great advantage of these swaps is that they permit the lifesaving utilization of kidneys from more willing donors who are of the wrong blood type for a direct donation to the specific family member or friend whose life they want to save. This gives these donors another way to save that particular life, by giving a lifesaving kidney to a complete stranger, in what could be seen as the ultimate win-win situation for all involved.

These complex chains of kidney swaps can present significant additional logistical and timing challenges, and much work is being done to streamline the process and make it as smooth as possible. Renewal is working closely with the National Kidney Registry in this area, and hopes to make the first international swap with Israel.

Becoming a kidney transplant donor is not an undertaking to be entered into lightly. But for most donors, it is well worth the inconvenience. Given the tremendous satisfaction they get from knowing that they have given someone suffering from ESRD a new lease on life. 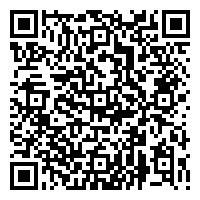