It was in 1916 that 37-year-old Albert Einstein was appointed president of the German Physical Society. That same year Einstein presented his theory of general relativity.

Also in 1916, Emma Goldman, the Russian-born anarchist known for political activism in America, was arrested for lecturing on birth control.


The year 1916 was when Jeannette Rankin of Montana became the first woman elected to Congress. Later that year, a baby boy named Issur Danielovitch was born to immigrant parents in Amsterdam, New York. He eventually changed his name to escape anti-Semitism. The world came to know him as the beloved actor Kirk Douglas.

President Woodrow Wilson appointed Louis D. Brandeis an associate justice on the Supreme Court, a position he would hold for the next 23 years. Brandeis, a native of Kentucky, was the first Jew to sit on the court.

The Jewish world mourned the death of the great humorist Sholem Aleichem. Memorial services were held in most cities with sizable Jewish populations.

The Jewish population of America was estimated at almost three million in 1916. Most did not have the means to afford even a basic Ford automobile ($440), let alone the most expensive model ($975). Ford Motor Company produced half of America’s cars and 40 percent of the world’s.

Weeghman Park, which would become Wrigley Field, opened on Chicago’s north side. Named after the owner of the Chicago Cubs, it became the first stadium in which fans were allowed to keep any balls hit into the stands. Weeghman made the decision following a fight between ballpark workers and a fan who caught a foul ball and didn’t want to return it.

Albert David Lasker, from a German Jewish background, bought a controlling interest in the Cubs in 1916. Lasker became wealthy in the advertising field and rooted for the Cubs from his home in Galveston, Texas.

In later years, when radio reached most American homes, Lasker would gain fame as the father of the “soap opera.” Lasker’s idea was to present programming that would tell a continuous story as a way of selling products through commercial advertising.

Newspapers were the way to reach most Americans in 1916. Jewish baseball fans at the time were following Erskine Mayer, known as the Yiddish Curver. The 6-foot righthander of the Philadelphia Phillies had won 21 games in each of the previous two seasons, but slipped to a 7-7 record in 1916.

The talk of the baseball world in 1916 was a 21-year-old left-handed pitcher on the Boston Red Sox named Babe Ruth.

Ty Cobb, generally considered baseball’s best player of that era, said Ruth was one of the toughest pitchers he ever faced. No one at the time could imagine that in just a couple of years pitcher Ruth would leave the pitcher’s mound for the outfield and become not just baseball’s greatest hitter but an internationally recognized icon of the American pastime. 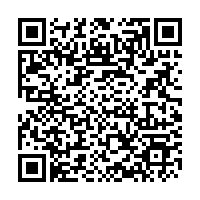