On Thursday, I will celebrate Israel’s 68th Independence Day – each one a hard-won victory, a never-ending triumph over enemies that have never wanted peace, are not willing to talk or compromise. In fact, our very existence in “their” neighborhood is a constant affront to too many of them. Not all, but still most.


On Thursday, as I celebrate with my family, too many Palestinians will be mourning the “Nakba.” The Arabic word can be translated as “disaster” or “catastrophe.” Nice, huh? Meanwhile, back at the farm, tens of thousands of Palestinians (including the family of Mahmoud Abbas, president of the Palestine Liberation Organization Palestinian Authority) use our doctors and hospitals, our buses, our electricity, the roads we built, the schools we support, the universities we subsidize.

I am angered when I hear the word “Nakba” – if Israel did not exist, thousands of people around the world would not be here today because when a real disaster happened – in Haiti, in Kenya, in Nepal, in the United States, in Canada, in Turkey and so many other places, Israelis flew to save lives and lessen the catastrophe. No, on Thursday when the Palestinians mourn their ‘Nakba,” it is important to remember that the nakba is as imaginary and non-existent as the Palestine they claim to want. Neither exists and the world is better off for that.

I saw this post on Facebook by an amazing man that I have never met, at least not in person. He is a Native American. I grew up supporting the Native American cause, hating what the greedy white man did to the indigenous population of North America…and then, more recently, I heard about Ryan and began reading his thoughts. He is pushing Jews to realize our own great truth – that we too are an indigenous people fighting for our homeland.

With permission, I offer you Ryan’s “My Nakba” – which is so very much what I would have written if I had been smart enough to think of it.

I want to tell you about my nakba. My invented, ridiculous, ignorant, regressive and cowardly Nakba.

My Nakba is the Arabs who stab little old ladies and 13 year old boys.

My Nakba is the Rabbis for human rights who act like dhimmis in the name of peace.

My Nakba is the woman who writes for the Times of Israel but spouts anti-Israel propaganda and she insults the victims of terror.

My Nakba is the children who stab other children hoping one day they too can kill a Jew.

My Nakba is an old woman who plants a seed of hate deep into her children knowing she might never see it grow but she plants it anyway because she has a granddaughter and she thinks that one day her granddaughter’s granddaughter might kill a Jew.

My Nakba is rolling fields, filled with garbage by Arabs who cannot be bothered to put it in bins. its empty half built homes built with euros skimmed from aid meant for the poor.

I thought about writing more, but honestly my b.s. tolerance is full,

So I am gonna tell you the truth about Israel:

Israel is not perfect, but it is the one place Ive been that actually strives for perfection.

Israel is filled with people who agonize over their morals even when it means that they end up harming their own cause but they wont change because they truly believe God is working through them to make the world better.

Israel is a beautiful place where people don’t stand in line but help mothers hold their crying babies while they search for change for the bus.

Israel is a crazy place where nobody ever learned how to park properly and if they did, they just don’t care.

Israel is a place where they expect you to be as tough and resilient as they are and they suffer no fools gladly.

Israel is a place where a guy wearing trendy clothes and carrying the most modern technology is speaking a 4 thousand year old language, and praying exactly as his great great great grandfather did.

Israel is a place where a woman is encouraged to speak her mind.

Israel is a place where I don’t feel out of place even though I am not Jewish.

I know some of you will laugh at the first part of this post especially after you watch a certain bloggers “speech” you may have missed the irony of the introduction to that speech, you may not have understood the subtle undermining behind the florid language, but now maybe you might. 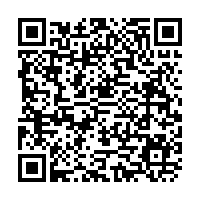