Wow! What a finish to the 2011 baseball season. Even before the interesting seven-game World Series won by St. Louis, there was incredible drama in the final month.

On the final day of the 162-game regular season, the Atlanta Braves and the Boston Red Sox both ended bad Septembers with one-run losses that ended any hope of a postseason berth.


Boston won only seven games while losing 20 in September, leading to exits by long-time manager Tito Francona and general manager Theo Epstein. The latter was for years considered baseball’s resident young genius by the media, but he was always helped out by the Red Sox having more money to spend than most franchises. The Sox, with baseball’s third highest payroll ($161.8 million) were caught and overtaken by the Tampa Bay Rays with a payroll of only $41.1 million (29th out of 30 teams).

The Yankees had the largest payroll at $202.7 million – and were eliminated in the first round of playoffs by the Detroit Tigers, who shelled out  $105.7 million on their players. The Texas Rangers, with the 13th highest payroll ($92.3 million), survived both playoff rounds to get to the World Series.

Theo Epstein spent big bucks on a full-page ad in the Boston Globe to thank Red Sox fans and the Red Sox organization. Epstein, who was responsible for the signing of several free agents who produced to less than their capabilities, opted to leave his native Fenway stomping grounds to try to produce better results with the  Chicago Cubs.

While the Red Sox were saddled with hefty contracts, injuries and some bad performances by highly paid players were responsible for keeping Boston out of the postseason. Free agent Carl Crawford, who batted .319 with 19 home runs and 47 stolen bases for Tampa Bay in 2010, hit just .255 with 11 homers and had 18 stolen bases for Boston in 2011. Red Sox Nation expected a lot more as Crawford inked a seven-year $142-million deal.

Adrian Gonzalez, the star first baseman for the San Diego Padres lured to Boston, played up to expectations (.338, 27 homers, 117 RBI). Kevin Youkilis, one of the few big leaguers with two Jewish parents, hit .285 in the first half of  the 2011 season and only .199 after the All-Star break. Lingering injuries kept Youkilis from playing the final two weeks of the season.

Boston needs pitching but the bats should be back strong in 2012. The Cubs, however, are a different story. Even if Epstein signs a big bat like first baseman Prince Fielder, the lovable Cubbies have several aging players who are hard to trade because of hefty contracts and reputations for not being too popular with their teammates.

General managers have  to be careful shelling out the big bucks. The White Sox are stuck with Adam Dunn for three more  years. Dunn, who averaged 40 homers a year in the six season from 2004 through 2010 with thee Washington Nationals, had a dismal 2011. Ken Williams, the White Sox general manager, expected a lot more from Dunn, who batted .159 and contributed 11 home runs before he was benched for the season.

There will be lots of excitement this off-season until free agent stars such as Albert Pujols, Prince Fielder and Jose Reyes sign their new long- term megabuck pacts.

My prediction is that Pujols will stay with St. Louis, Fielder will opt for the Cubs and Reyes will join the Detroit Tigers. 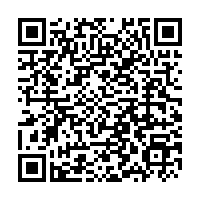