Every time Delmon Young come to bat, gets on base or makes a play in the field, we are reminded of his anti-Semitic rant in New York back in April.

As you recall, an inebriated Young encountered four tourists from Chicago giving money to a panhandler wearing a yarmulke and sporting a star of David around his neck. According to police reports, it was about 2:30 in the morning outside of the New York Hilton where the Tigers team was quartered when Young yelled anti-Jewish epithets and tackled one of the tourists, who suffered a minor elbow injury.


Young ran into the hotel and made his way up to his room. A security guard called police who arrested the 6-foot-3, 240-pound ballplayer in his room.

Tigers president and general manager David Dombrowski was traveling with the team at the time and was informed of the situation. He rushed to Young’s room, talked to the police and summed up the situation later to the media.

“He [Young] was apologetic at that time, although not in a very good state.” Dombrowski said. “Later on, he reached out to me and the organization so I know that he’s very apologetic and knows there is no excuse for what he did.”

The police took Young to Roosevelt Hospital where he sobered up and was charged later with second-degree aggravated harassment, which includes assaulting or threatening to assault someone “on the basis of the victim’s race or religion.”

Major League Baseball suspended the Tigers left fielder/designated hitter who is earning a whopping $6.75 million this season despite being a mediocre player who did get hot right before this week’s all-star break. The seven-day suspension cost Young approximately $258,000 in lost wages. Young does have an anger management problem. While playing in the minor leagues six years ago, he was suspended 50 games for throwing a bat at an umpire who had called him out on strikes.

The Tigers are Young’s third major league team in six years and he’ll be on his way again after the season as his contract is up and he’s a free agent. The incident will cost him dearly as many teams will shy away from him. Besides, he’s a below average fielder and runner and is a liability when stationed in the outfield. And he’s proving to be just an average designated hitter.

After his arrest in New York, Young issued an apology. More likely the Tigers public relations department wrote an apology attributed to Young:

“I sincerely regret what happened last night. I apologize to everyone I affected, the Ilitch family [Tigers owners], the Detroit Tigers organization, my teammates, my family and the great Tigers fans that have supported me since day one. I take this matter very seriously and assure everyone that I will do everything I can to improve myself as a person and player.”

Young is undergoing treatment in an alcohol program. The Tigers allowed Young to talk to the media after the suspension and here’s some of the things he said regarding the incident:

“I made a lapse in judgment, but I can tell you that I am not anti-Semitic.” He added that “being perceived as an anti-Semite is hard to deal with. That’s the toughest part, being branded as a racist or bigot, especially when that’s just not true. I have a lot of diverse friends and live in a diverse area.”

Diverse friends? Diverse area? What does that mean? It could mean that some are single and some are married; some are Republicans and some are Democrats. Anyway, I’m not convinced. Something about Jews or something Jewish caused Young to go ballistic.

We should know a bit more on August 2 as the case was adjourned until then to give Young’s lawyers more time to prepare his defense. In the meantime, a Detroit area Reform rabbi not known for wearing a yarmulke but known to be a Tigers season ticket holder, is buddying up with Young and advising him about Jews and Judaism.

Young’s agent, who is Jewish, should be busy this off-season trying to find a new team for him to sign with. One thing’s for sure: he won’t be earning what he’s earning this season. 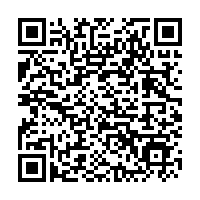