Those who read my book, Where There Are No Men, already know that no real struggle can be conducted by the Yesha Council. We understood that the hard way when we established the Zo Artzeinu movement, and we have since explained how we reached this conclusion in detail.

Nevertheless, during the Expulsion from Gush Katif, I abstained from publicly voicing my opinion on the Yesha Council. I hoped that perhaps I was mistaken, and in the face of the approaching struggle I did not want to create conflict. We did all that we could to organize a parallel struggle against the Expulsion – without entering into conflict with the Yesha Council. The organizers of our struggle, who established the Bayit Haleumi movement, sat in jail for many long months and were the object of contempt and castigation at the hands of Yesha establishment leaders.


The end of the Yesha Council’s “great struggle” against the Expulsion was the Kfar Maimon farce and the channeling of the young people’s anti-Expulsion energies into sobbing in the Gush Katif synagogues. Since then I have a guilty conscience over the fact that I, who had written a book on this very topic, didn’t warn everyone of the end that was already determined at the beginning of the struggle.

Approximately a month ago, we held marathon meetings with government ministers to convince them to vote in favor of the Regulation Law. After a few meetings, I began to once again smell the same old smell. I understood that the deals were all being struck in a different place – not inside the political system and not in the grassroots struggle. Once again, shadowy leaders were making deals behind the backs of the public.

I decided to publicize my view, doing so in two separate sector-based columns and in our weekly update. Apparently, the things I wrote touched upon the most sensitive nerves in the Yesha Council, which embarked on a campaign to restore its legitimacy. The sector’s media filled up with adoring articles about the Yesha Council, petitions supporting each other, mutual praise gatherings and, of course, a scathing attack on me and distortion of my words.

From the attacks it is clear that what bothers the Yesha establishment more than my opinion on the Ulpana Hill controversy is the fact that I am in the race for the Likud chairmanship. On the surface, there is no connection between the two and it is not clear why they are lumped together. If there is a political strategy that has aided the settlements from within the Likud, it is the fact that, as mentioned, I am running for the Likud chairmanship. This in turn has fostered mass registration for the Likud in Judea and Samaria, and has given the settlers political power inside the party. Without this move, it is questionable if the settlers would have received such generous proposals in exchange for a quiet evacuation.

In truth, though, those who cannot create an alternative always remain captive to the current leadership and will necessarily conduct themselves in the manner about which I warned. They are fighting for their positions as the arms-bearers of the existing leadership. Manhigut Yehudit is their downfall. It is inherently opposed to their very essence. When they lose the public’s confidence, they strike out at me – justifiably so.

The more faith-based leadership consciousness grows, the more the Yesha Council becomes extraneous. That is why they have opposed me, working tirelessly for Prime Minister Netanyahu in the previous and past elections for Likud head. They conducted an expensive campaign that encouraged Likud voters to stay home and not vote.

I do not retract what I wrote in my columns about the Yesha Council. My arguments were precise and it is important that they are in writing. But I would like to issue a clarification: On a personal level, I have absolutely nothing against those people currently attacking me. I value their dedication, I do not want to take away from their many merits, and I am friendly with some of them. The debate between us is on matters of essence, and those people who, even after Gush Katif and Kfar Maimon, still want to cling to the same methods and the same leaders have every right to do so.

I have no intention of getting sucked into a sectoral political debate. From the moment that the fate of Ulpana Hill was determined, I see no reason to continue to deal with the subject. 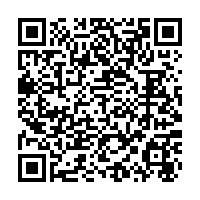