To grab as many leftist votes as possible from Shelly Yachimovich, whose campaign focuses on social issues, Tzipi Livni is focusing her campaign on the political process with the Palestinians.  There are two components to her strategy: make the problems with the Palestinians worse, and then blame Netanyahu and his administration for them.

In the first stage, Livni contradicted the official Israeli line abroad that the Palestinians had unilaterally violated the Oslo Accords by going to the UN, announcing instead that the Israeli government was to blame for the move.


Then came Olmert, announcing at the Israel Business Conference that Netanyahu is leading the way to a third “intifada.”

Surely enough, their promise that a lack of progress in negotiations would lead to renewed violence by the Palestinians has already proven effective.  Following their pronouncements, predictions and descriptions of a new “intifada” started to hit the media with exquisite coordination.

Granted, neither Livni nor Olmert wants an “intifada.”  But—how did her advisers  put it?—“Livni has put the political process back on the agenda in Israel.”  The Palestinians aren’t idiots.  They do their reading about Israeli elections, and when someone puts in an order for an “intifada,” they’re eager not to disappoint.  Especially when the one putting in the order is a friend.  This explanation is offered—surprisingly—by Ron Ben Yishai in Yediot Acharonot, who is not known as a great fan of the Netanyahu government.  Further, he says, “Abu Mazen (Mahmoud Abbas) has one more clear goal that he is trying to achieve with threats of another “intifada”: strengthening the center and left in Israeli elections.”

Ben Yishai writes that Abu Mazen is planning articles in the Israeli media while taking care to generate tension and violence in the field, as the number of rock- and Molotov cocktail-throwing incidents increase substantially, with lives lost along the way.

As elections come closer, the level of violence increases.

Not convinced that there could be outright or even unspoken coordination between the Palestinians and Israeli politicians?

Unfortunately, this is nothing new.

In 2010, Netanyahu revealed before the Knesset Foreign Affairs and Defense Committee that Chaim Ramon had been sent by Shimon Peres to meet with Saeb Erekat and other Palestinian officials, and advised them against being overly eager to start negotiations with Netanyahu.  “You’ll get more from us.”  “Don’t compromise.”  “Wait till we’re in power.”

Ramon and Peres denied it.  But then Ayala Chason of Channel 1 broadcast an interview with the very credible source who had happened to overhear the conversation.

More and more, it seems that what we have here is a joint effort to produce an “intifada.”  Perhaps there are no secret meetings.  But there is an overt tango, albeit one in which the dancers are not quite touching.

Granted, you say, Ramon is always making trouble.  But Livni?  She’s ethical.  She’s innocent.  You can’t say such a thing about her without offering solid evidence.

Sorry, but the burden of proof is on her.  Livni should have gone to her good friends in the Palestinian leadership and said, “Don’t even think about starting an ‘intifada’ and expecting me to stay quiet.”  She should then have gone to the media and, just to dispel any doubts, announced that we all stand united with the administration against any and all threats of Palestinian violence.  “There will be no negotiations under conditions of violence.  Quite the opposite: if there is violence, we will call on the government to take punitive measures.”

Is it realistic to expect responsible leadership from Olmert?  After all, he and his children won’t pay the price of a new “intifada.”  That will be paid by Israelis driving along the roads of Judea and Samaria, such as Tziyona, the wife of musician Itzik Kala.  She was recently injured very severely in the head while driving toward Jerusalem on Beitar Road.

In the meantime, Abu Mazen, Abu Ala, and the rest of the Abus are pretty pleased with themselves.  Every now and then they toss another stick on the bonfire.  Another few rocks.  Another few Molotov cocktails.

Anything for friends.  Anything to keep the conflict in the headlines ahead of Israeli elections.

Yet the leaders of the right also are being too quiet.  They’ve got to expose and attack this cynical pre-election stunt by Livni and her fellow travelers.  They’ve got to tell them: The burden of proof is on you.  You need to go to the Palestinians and make it crystal clear to both them and the Israeli public that Molotov cocktails and rock-throwing are totally unacceptable to you.

It is intolerable that these people use Palestinian threats and terrorist attacks as part of an electoral strategy of intimidating the Israeli public, thus incentivizing further Palestinian violence. They must be told quite clearly and publicly that if they fail to show some civic responsibility now, then they will bear responsibility for the next “intifada” and its victims.

Originally published in Makor Rishon December 21, 2012.  Translated from Hebrew by David B. Greenberg. 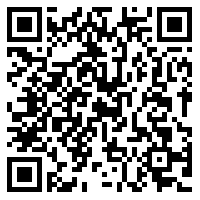