The panel, which focused on the future of the global economy was highlighted by a general sense of pessimism, with several members noting that tough times lay ahead, particularly for Europe.


When the discussion turned to the strength of the Eurozone, an especially grim picture emerged.

“If things are just left to unfold as they are now,” said Wolf, “with the resources they put up for it – the Euro zone is going to fail.”

Ferguson echoed this stormy forecast, noting that the current stagnation may be a precursor for larger problems, saying, “We ain’t seen nothing yet. The flash crash (of 2008) will be nothing compared to the next crash.”

The session also included Governor of the Reserve Bank of New Zealand Alan Bollard and was preceded by an address from Alassane Ouatarra, President of the Ivory Coast.

While the panelists tended to see a bleak picture, President Outarra’s address was filled with optimism in the strength and potential of the growing African economies, calling them the “African Lions.” Yet, he too recognized that economic prosperity needs stability.

“The democratic process is irreversible,” said Ouatarra, “but we need to win the war of security for economic development so that the next generation can benefit too.” 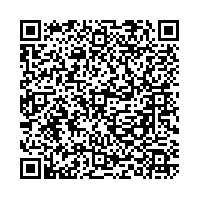