Despite a barrage of attacks from British, European and U.S. Boycott, Divestment and Sanctions (BDS) groups, the Rolling Stones will perform their planned concert in Jerusalem on Israel’s Independence Day, Monday, April 15.

“We’ve been slammed and smacked and twittered a lot by the anti-Israeli side,” said Mick Jagger, the band’s leader and most recognizable member since 1963. “All I can say is: anything worth doing is worth overdoing. So we decided to add a concert on Tuesday.”


Needless to say, tickets to both concerts, Monday night in Teddy Stadium in Jerusalem and Tuesday night in Bloomfield Stadium, Tel Aviv, have been sold out even as Jagger was speaking.

“This is a huge mistake for the Stones,” declared BDS proponent Rabbi Lynn Gottlieb. “They stand to lose a lot of money as a result of showing solidarity with Zionism, because their most devoted fans also support boycotting Israel.”

“I don’t really count myself as a very sophisticated businessperson,” Jagger responded when asked if the Israel concerts are a bad move business wise. “I’m a creative artist. All I know from business I’ve picked up along the way.”

Mick Jagger, Keith Richards, Charlie Watts and Ronnie Wood will all arrive in Jerusalem on Thursday, ahead of their opening concert, to meet President Shimon Peres who says he’s been a stoner for ages.

“When ‘Get Off of My Cloud’ came out, Dayan brought me the single from London,” Peres told Haaretz. “We played it for hours in the office until Paula Ben Gurion threatened to throw us out.” 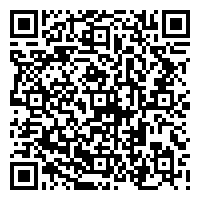