It’s been a heck of a busy day.

Early in the morning, my phone beeped with news that shouldn’t have been shared. A grenade had gone off in the north…there were injuries, possibly fatalities. Hours later, this was confirmed and at this moment, a family is flying to Israel to attend the funeral tomorrow of their 20 year old son, who came to Israel to live here, to serve in the army, as several other children in the family have already done.


Later, it would come out that the grenade that detonated killed two soldiers, one was the lone soldier whose family is flying now; the second was a Druze soldier from the north. Ironic because a short while after he died, another Druze, this one a security guard for the light rail in Jerusalem, saved dozens if not hundreds of lives when he identified and with another guard rushed to stop a terrorist armed with bombs who was about to get on the light rail in the center of Jerusalem.

And then, as if that wasn’t enough excitement in my little country. A drone was intercepted by Patriot missiles as it infiltrated into Israeli airspace over the Golan Heights.

There are days that are roller coasters of emotion here. Even the hint of a soldier’s death brings on terror and pain. When you hear that a terrorist attack has been averted, the sun shines a bit brighter, you walk a bit more sure that whatever diving plan there is, Israel remains protected.

When you hear that Israel has fired a missile to ward off a threat, you think war might be coming, yet again to your small country.

My first thought when I heard about the almost-terror attack this morning was that I was grateful that there would be no funerals, no mourning families. In the end, there are two families in Israel who are in mourning now. Tomorrow, there will be a a funeral – of a 20 year old soldier whose family is flying in from New Jersey right now.

In the end, tomorrow, I will go to the funeral of a lone soldier who died for Israel today and somewhere in the sadness, I’ll try to remember, as always, that there are blessings in life despite the pain. 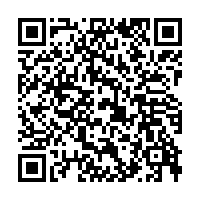