Israel is watching closely as Turkey’s President Recep Tayyip Erdogan continues to reassert control over the government and his nation after an attempted coup this past weekend. Officials are particularly concerned, given the long months of talks both nations invested in re-establishing the recent diplomatic ties between Ankara and Jerusalem.

The death toll in the weekend violence has risen to 290, according to the Turkish Foreign Ministry, including more than 100 who participated in the coup. At least 6,000 people have been arrested after the failed coup — half of which are judges and prosecutors; half are military officers and soldiers. Shots were heard Sunday at Istanbul’s second largest airport and at a military base in the central Konya province, according to local sources.

Among those in custody is Colonel Ali Yazici, the top military aide to President Recep Tayyip Erdogan, General Bekir Ercan Van, commander of Incirlik Air Base in southern Turkey — used by U.S.-led coalition aircraft for raids against Da’esh (ISIS) terrorists in Syria and Iraq — and former Chief of Air Staff Akin Ozturk, who served as military attache to Israel from 1996 to 1998.

Erdogan suggested the possibility that perhaps the United States had had a role in formulating the coup attempt — a suggestion firmly and swiftly rejected on Saturday by Secretary of State John Kerry.

Israel, meanwhile, is closely monitoring the situation since having completed a reconciliation agreement to restore diplomatic ties with Turkey after a six-year freeze barely three weeks ago.

“We assume that this process will continue without any connection to the dramatic events in Turkey over the weekend,” he said.

Netanyahu went on to note, “we also experienced the shocking terrorist attack in Nice and it underscores the need for a unified and aggressive approach in the face of the murderous terrorism that is attacking the entire world.”

Last Thursday night, a Da’esh (ISIS) terrorist drove a massive truck down the main boulevard in the southern French Riviera city running down the thousands who were celebrating the nation’s Bastille Day, the equivalent of the U.S. Fourth of July holiday while opening fire at other hapless victims along the way. At the end of the nightmare, 84 people were dead, including 10 children, and 202 more were injured, many with critical injuries.

The prime minister said he sent condolences on behalf of the government and people of Israel and his wishes for a recovery to the wounded, via French President Francois Hollande.

“The Palestinian Authority also sent condemnations and condolences, but with one difference: Here, not only do they not condemn vehicular terrorism, they encourage it. They glorify the terrorists responsible and finance them and their families if the terrorists are dead,” Netanyahu said.

“Terrorism is terrorism, whether it is in France or Israel, and there must be a unified approach of condemnation and war on this terrorism – here and everywhere else.” 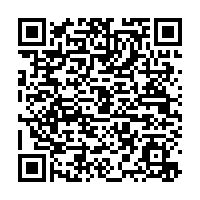