In December, 2002, bombs were exploding regularly in Israel and at some point, I sat down and wrote an article. I called it, “Trying to Be Normal” and after it was done, I read it and thought it was so different from my usual style. Ten years later, I found it again after an attack on Jews in Bulgaria and now again, I reprint it…
Trying to Be Normal

There is a point when sadness turns to anger, when the body ceases to be numb. Even though you dread it, you know that point will come. First there is the shock that it has happened, yet again, on some sunny day pleasant Spring evening when normal people don’t think of despair. Then, the shock gives way to an endless need to see, to hear, to watch.


In part, you watch because you believe that if you can just see it, somehow it will be more real. But, of course, it never is. So you give up on believing that it is normal to feel this way or that way and you accept that you just need to see it. You’ll worry about normal tomorrow because normalcy doesn’t exist today.

As the numbers rise, as they almost always do, sadness comes next. It is the feeling of being haunted and hunted, hated to such an incredible depth that you don’t think they, whoever they may be, can overcome their hatred. The waste of it all, the lives lost. The old, the young, the parents, the orphans. The perfect ones, the good ones, the brave ones. Frozen in time, leaving you to move forwards through the grief and the sadness alone.

The brutality of the attack makes you so depressed. How could someone do such a thing? How is it possible to shoot a baby, target a little boy? How can a human being explode himself intentionally next to a teenage girl, stab a pregnant woman, lynch a 67-year-old grandfather? Such anger they must have, such hatred.

Faced with the cruelty, you realize that you are as much a prisoner of their hatred as they are and that begins to call forth the anger. You cannot be the master of their feelings, but shouldn’t they find a normal way to express their anger? You’ve been angry, you’ve hated, but you didn’t explode yourself, you didn’t shoot anyone. Is this the only way for them to get what they want? And if it is, do they have any right to it?

If you can only birth a nation on the blood of innocent children, what worth will that nation have, what compassion for others? How can it take its place in the family of nations when it is born out of hatred and death and cruelty? But that is their politics and today is for your dead and wounded. Today, Tonight, it is too much to worry about their dreams for tomorrow when yours wait to be buried. Isn’t it normal to focus on your own grief, you wonder? And again you remember that you no longer know quite what normal is, and that too brings forth the anger.

The anger is like those first moments when the circulation returns to a leg that has fallen asleep. It’s a tingling sensation, unpleasant, sometimes dull and sometimes sharp. The more you explore it, the more painful it becomes. Is it better not to move, not to feel? Is it better to get it over with quickly by releasing it or hold it inside? Wouldn’t it be a relief, just once, to scream and cry and release all the frustration and anger? Wouldn’t that be normal?

You think of bombing them back, of horrible pain inflicted with the hope it will ease your pain. The thoughts bring you no comfort because you don’t want to be like them, you just want it to stop. This isn’t about revenge. Revenge won’t bring them back, won’t erase the pain, the tears, the empty chair in the classroom that will forever be his chair, her place by the window.

You’ll sleep tonight, thinking that by tomorrow, maybe the anger will go away. But of course it won’t. Tomorrow brings the funerals, the women wailing, the fathers standing staring off into the distance with their haunted eyes and devastated glances. A grandfather crying over the loss of two grandchildren cripples you. They haven’t slept, you can see the exhaustion, but maybe that’s merciful.

They are numb, beyond the anger, but not beyond the pain. Such anguish will never go away. How can it? It just isn’t normal to go on after having such horror thrust upon you. Today, you’ll go with the flow, and tell yourself to just get through the funerals one by one. You’ll cry a little, or maybe a lot. It won’t help, but you have to anyway.

The anger can consume you if you don’t know when to let it go. The funerals continue, and the stories of who they were and what they were able to accomplish before their lives were cut short will bring you to your knees. You will know in death someone that you probably never had a chance to meet in life. Their dreams lay shattered in pieces on the buses and in the streets of our cities, in the stores and cafes and even on foreign shores, and you have to walk over them, or you’ll never move on, move back to normal.

The newspaper shows their pictures and so you hesitate to throw it away. A pile of newspapers with names and faces that haunt you. The young mother that left behind two children, the middle-aged couple that left nine orphans. It was his birthday, and soon his wife will give birth to the child he will never see. Another generation being born, already touched by the sadness.

You stare at the faces and when you close your eyes, you can still see their smiling faces. But you can’t smile now, and that too is normal. Often, in the midst of the sadness and the anger, comes the thought that it could have been much worse. It seems there is always a grenade that didn’t explode, a rifle that got jammed, a plane that didn’t get hit, a bomb that was found.

There’s the fact that most of the people were able to move away in time or the weather was bad and so less people came to the mall. There’s the bus driver who miraculously shoved him out the door, but an old woman died anyway. So you play a game with yourself and convince yourself that it is normal to be relieved because it could have been worse.

Then the guilt comes because you realize for that family, it was worse. They now live with a nightmare beyond any that a normal person could imagine and so the sadness, that never quite left, pushes away the anger. The anger won’t help and the sadness won’t leave. After the funerals, the sun shines or the rains come and wash the streets.

If you pass that bus stop, there are candles and flowers, but the broken glass is gone. They are already rebuilding the restaurant, newer, stronger. This time the gate might keep them out, or maybe not. Maybe a small memorial will be put there, but the carnage is what you remember, the old facade under the new paint and glass windows. The picture in your head doesn’t match the image before you and your eyes insist on focusing on what you see, not on what you imagine.

And you wonder why that is normal too. Human nature pushes you to move on, when you know there are those that can’t. When you stop to think about it, you realize the basic truth, the normal truth, is that until they learn to stop hating and killing, you will continue to be shocked, and saddened, and angry.

You will survive this. For a short time, you may change the routine of your life, avoid buses as much as possible, stay home, lock your doors. You may keep a radio playing and tell your children not to go to the mall.

But soon, that too will stop because the one great truth is that you want things to return to normal… until there is the shock that it has happened, yet again, on some sunny day when normal people don’t think of despair.

May God avenge the blood of those who were murdered today tonight in Jerusalem Bulgaria Tel Aviv and may their loved ones be comforted among the mourners of Zion and Jerusalem. 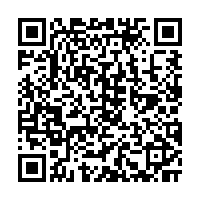