Yesterday, four soldiers were murdered by an Arab who decided that ramming his truck would in some way serve his god. A dozen more were wounded, most lightly. This morning, I got a note from a father asking what would happen if…

He doesn’t live in Israel, though his son has come here alone to serve. If the son is here, there’s a really good chance it is because his parents instilled in him a love of this land, and a belief that it is his job to serve it.


He must have seen the video, or at least the pictures and his first thought, as mine has been too many times, was…how would I know? Imagine four sets of parents yesterday, going about their day. Really not much to worry about – their children were in a training course to be officers…they weren’t even combat soldiers. More, they were on a “culture” day – a day where they are taken to places of historic and cultural significance. See, learn, understand why you are defending this land.

So they came to Jerusalem…and they died. More, they were murdered. And at the moment their children died, they were going about their normal day.

To a parent, it seems unthinkable. How could I be taking a shower, eating lunch, playing a game on my phone in that second when life changes forever?

How will I know if he is hurt or killed, the father asked me. I couldn’t even bring myself to address the second so I started with the first.

It will depend how bad it is. They won’t want to waste time so they will call. If your son is well enough to speak on the phone, they’ll put him on. Hearing his voice, will keep you calm. And then someone will explain what has happened. And I believe the Israeli consulate or embassy will help make arrangements and likely pay for you to fly here to be beside him.

And worse? Then the army will call the Consulate or Embassy and they will send someone, perhaps even find your local rabbi and ask him to come along. They will deliver the bad news and they will leave and you’ll never see them again. In your mind, these are bad people who delivered news that destroyed you. And so Israel will send a second team to take care of logistics. At least that is how it is in Israel.

Abroad – they will help you get here, help you make arrangements. If…

I told him Israel would take care of everything. If..

For four families, if happened yesterday and they make my words a mockery. When your world crumbles, does it really matter if others are there to “take care of everything?”

I’ve been thinking about “if” since my children were little. Sometimes, it is a passing thought that comes and goes in a moment. Once at 6:30 a.m., a policeman knocked on my door and when I opened it, my heart felt like it had stopped beating. I looked at him and my mind whirled – where are each of my children? Why is he here?

He asked if we were a certain family. It took me a moment to realize he was using th ename of the people who lived in the house before us. Apparently, in addition to making our lives miserable during the sale of the house, they also never bothered to change their legal address and so when their car alarm went off (right outside the apartment where they now live a few blocks away), the police looked up the car and came to my house.

The policeman apologized and asked if I knew where they now live – “where the car is,” I told him.  Could he possibly know what I’d been thinking?

I remember many years ago, there was a brutal terror attack and 7 young girls were murdered while on a school trip. I cried for hours then and as my husband tried to comfort me, I remember asking him, “How…how do parents say good bye to their children in the morning as they leave home…and then bury them that night?” How?

I pray with everything inside me never to know the answer to that. Just explaining to the father this morning filled my eyes with tears. May we never hear that knock; may we never know the pain. May soldiers never come to my door and destroy my world.

May God watch over the souls of Shir and Erez and Yael and Shira and may You send a speedy recovery to the wounded. 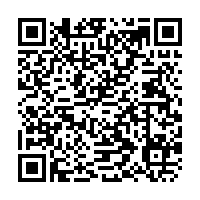