On Saturday, December 7 & Sunday, December 8, JOFA, Jewish Orthodox Feminist Alliance, is having its 8th International Conference of Feminism and Orthodoxy (Voices of Change) in New York City. Being married to a feminist wife and having raised a feminist daughter, this writer has no problem with women seeking to merge their political and religious beliefs within Orthodox Judaism. I’m only leery of some voices within JOFA whose agenda has less to do with women’s joy of Judaism, as they do with forcing unacceptable values on liberal Orthodoxy which is, I believe, still a halachically-based movement.

This writer spent about five years davening at a very liberal synagogue on the Lower East Side of Manhattan, and so my familiarity with Orthodox feminism is direct and personal. I’d like to share with you now the main reason for the fact that the majority of women in our shul did not participate in our study programs, and did not push for weekly women’s Torah reading: they didn’t care for it.


The shul is led by one of the most open minded and accepting rabbis I’ve met, a YU graduate who devotes his life to the shul and works day and night, quite literally, to increasing membership and member participation. The shul president is a woman and the shul leadership is comprised largely by women, and on Shabbat mornings, sometime between the end of Shachrit and beginning of the kiddush, many women show up. But there’s little interest on the part of the women in doing what has been a traditional men’s things in traditional Judaism.

For the record: twice a year or so, the women do conduct their own prayer service and read from the Torah, quite with the rabbi’s and the men’s positive support. And they read megillah together on Purim (only at night, though). Oh, and some years the women take out their own sefer Torah to the street on Simchat Torah night, to dance with (but not the next day, when they’re resting).

The study sessions offered by the rabbi and others are very popular, by which I mean they attract anywhere from five to ten participants. Same goes for the Shabbat third meal study and nosh sessions. And there’s always at least one woman there, and one transgender woman, the latter a fabulous Torah learner.

It’s rare for more than these two to show up. The rest of the women of the shul just aren’t so interested. It takes a lot of emailing and Facebook poking to get a more significant women’s presence. And there’s absolutely nothing wrong with it.

It’s quite OK for women who are doctors and lawyers and writers in their professional lives, not to desire to be Torah students. They keep kashrut and Shabbat, they raise lovely, smart children, and when they finally make it to shul Shabbat morning, they prefer to lean back in their seats and let the men read from the Torah—rather than schlep a Torah downstairs, not to speak of preparing a week in advance for the proper reading.

In my opinion, there is no feminist issue in my old synagogue, no repression of women, no limits on what women may do in the shul—within the boundaries of halacha, which I assume they, by definition, have accepted before setting foot in the place.

The only function of feminism in today’s liberal faction of Orthodoxy—which is, more or less my place in the tradition—is to provide a fuel and a livelihood to organizations like JOFA: Jewish Orthodox Feminist Alliance.

There’s nothing wrong with Jews getting together and talking and setting agendas and issuing urgent messages. There’s certainly nothing wrong with it halachically. But an organization which devotes so much time, effort and treasure to promoting feminism in the most female-supportive sector of American Orthodox Judaism is tantamount to an organization that would launch a campaign to convince people to breathe. We’re there already.

In all of the liberal Orthodox shuls in America there is nothing but respect and encouragement to women’s participation. Gone are the days when an older generation would frown on letting women give a Dvar Torah or be shul president. Within halachic guidelines—which we all know can be stretched and then stretched some more—women are thriving in these congregations.

YCT, Rabbi Avi Weiss’ inspired creation, can’t produce graduates fast enough—they’re grabbed by shuls across America as soon as they receive their smicha. There are no enemies of feminism in any of our shuls, unless you consider my saying that most women don’t care so much for Torah study to position me as an enemy of feminism—and that means you seriously need a thicker skin.

JOFA has no battle to fight in promoting women’s rights in my neck of the Orthodox woods. Even on the issue of ordination for women, it’s YCT that lost its nerve, not the synagogues. I’ll bet you, if the Avi Weiss school acquires the brass equipment to ordain a woman rabbi—the shuls out there would bid high to hire her. (You’re welcome to debate me on this, but please do it honestly).

There is an area where JOFA is stretching the envelope thin: forcing liberal Orthodox synagogues to accept and integrate openly gay members, including openly gay families.

For the record: I wholly support accepting gay men and women in our congregations, single, married, whatever, based on my personal preference and personality. Also for the record: I vehemently object to conducting “Orthodox gay weddings” and to ordaining openly gay Orthodox rabbis, based on halacha.

“We need a Gay-Straight Alliance for the Orthodox Jewish community as a whole. There’s probably a better name for something like this, but we need a way to spread the message that many people in the Orthodox community want their synagogues to be safe, warm and welcoming places to same-sex families, and homosexual singles. This is the next step towards many more advances down the road.”

How do you read the line about our “common cause of inclusion and equality in the Orthodox community”? Openly gay Orthodox rabbis? Gay weddings in Orthodox synagogues?

It can’t possibly be about rejecting gays from shul, because we don’t. I have no doubt that all the liberal Orthodox shuls in America have homosexual members, and they probably feel comfortable there, judging by my own shul on the Lower East Side. That couldn’t be Steinberg’s “equality” agenda. Gays get aliyahs to the Torah, gays lead prayer services—because we’re open minded and inclusive, and that gives it the power of law!

Here’s where Steinberg misunderstands Jewish law: there is no such thing as a homosexual person, man or woman, in halacha. There are only homosexual acts, which are punishable based on a very detailed set of rules, except nowadays we simply don’t have the rabbinical court with the authority to even entertain such a case, much less rule on it.

And as long as any shul member does not practice his or her predilections in the pews—and that goes for all the straight adulterous, covetous and embezzleous members as well—they are just Jews, deserving of all the honors and obligations of a Jewish person. See? The Torah is far more liberal than JOFA, which suggests there’s a special class of gay Jews. It makes no difference if you point me out as someone to love or to hate—it’s the pointing out that is unacceptable.

Steinberg’s “Gay-Straight Alliance for the Orthodox Jewish community as a whole” is using the terminology of the civil rights movement to alter the liberal Orthodox congregation, so it gives its blessings to same sex marriages and to openly gay rabbis. Maybe not today, maybe not tomorrow, but Aaron Steinberg has a dream.

“It’s been too long that homosexuality remains a taboo only within the Orthodox community,” he wrote on his blog, continuing a little later on: “The gay Jew is not living an immoral life. We as a community need to openly discuss how to find an understanding of the Torah’s attitude on homosexual intercourse, but the welcoming of openly gay individuals should not be delayed until that is achieved.”

That statement is outright bizarre, coming from a man living a halachic life. First, halachically there’s no such thing as a gay Jew, only homosexual acts. Second, our lives are morally fluid, not “moral” or “immoral.” We move from mistakes to atonement and repair, to trying again — it’s the very foundation of our teachings. And, finally, who is not welcoming openly gay individuals? It’s not the welcoming he’s shooting for, it’s the incorporation of values.

Here’s another Steinberg gay values statement, disguised as Kumbaya gobbledygook: “We need to make our synagogues and schools safe places for gay Jews to associate themselves, and exercise the beautiful values of community, unity and togetherness that we have otherwise valued so greatly.”

In what liberal Orthodox synagogue are gays unsafe? In what progressive Orthodox school are gay Jews being bullied? Ah, but it’s the gay “beautiful values” Steinberg is promoting here: sex is holy, whether it’s between a man and a woman or between two guys. Well, it isn’t. It may be necessary, every human being needs intimacy, and there may be ways for Orthodox gay men to hold on to some form of intimacy and remain within the boundaries of halacha – but by forcing the “beautiful values” thing, he’s not having a discussion, he’s advocating passionately for a distinctly anti-halachic view. In other words, he’s being dishonest.

The notion that JOFA as a whole can have serious influence outside the liberal Orthodox circles is plain silly. If anything, more and more of Orthodoxy is moving in the opposite direction—to my chagrin, too. So no one is paying attention to JOFA other than liberal Orthodox Jews, and we’ve already handed women our leadership positions and embraced gays in our midst.

What Aaron Steinberg is trying to do—on behalf of JOFA—is alter liberal Orthodoxy by embracing the gay agenda; again, not the gays, but the agenda. I’m against it. 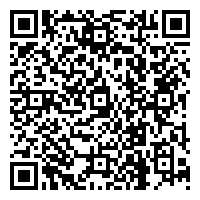