Rabbi Dov Linzer, dean of the Yeshivat Chovevei Torah (YCT) in Riverdale, founded by Rabbi Avi Weiss and one of the most thriving Orthodox rabbinical seminaries in the US, last week refused to ordain Daniel Atwood, 27, a fourth-year student who has been openly gay since his first year at the seminary.

Rabbi Linzer sent an email to The Jewish Week, stating: “We accept all students regardless of sexual orientation, provided that they are fully committed to Orthodox halachic observance. There have been students in the past that did not receive semicha (ordination), each one for reasons specific to his case. Out of respect for all our students, the yeshiva does not discuss particular students and why any student may or may not be receiving semicha.”


Linzer admitted that YCT could have handled better telling Atwood he would not be ordained, and apologized “for the hurt that was caused as a result.”

According to JTA, a fundraiser for Atwood by Jewish Queer Youth raised more than $11,000 in one day. If you ask what would Atwood do with all this money – bribe the yeshiva into ordaining him? – the answer is that the money will go to send Atwood to Israel to receive ordination there.

Seriously, that’s what JTA reported. Apparently there’s an Orthodox rabbi in Israel who, for a total of $5,000, would ordain anyone. For $10,000 he’ll make you chief rabbi.

According to the Facebook page of Jewish Queer Youth, “a prestigious Rabbinic program in Israel has offered to give Daniel institutional Semicha if he is able to come to Israel and meet their requirements. Additionally, individual rabbis in the US have offered to grant him US Semicha once he fulfills the Israeli institutional requirements. However, Daniel and[his spouse] Judah do not currently have the funds to travel to Israel and take on this opportunity.” Hence the fundraiser.

Of course, JQY is using the term “Rabbinical” quite liberally, but they do offer a menu of sorts of what one can get for one’s money in seeking a spot in the kingdom of heaven:

They actually raised $11,286 (as of last Friday), way more than they had asked for, which could bump Daniel and Judah to first class…

A blogger I admire, Rabbi Harry Maryles of Emes Ve-Emunah, chose to treat this farce seriously, God love him, and stated aptly: “Even though there is nothing wrong with ordaining a man who is gay, I personally disagree with ordaining a man who publicizes it. It sends the wrong message about homosexuality – leading lay people to assume that if a rabbi can be openly gay, then it must be OK to not only be gay but to live a gay lifestyle that almost certainly includes behavior that is a serious violation of Halacha.”

No modern Orthodox Jewish person in their right mind could find fault in this statement, including yours truly. The only problem I could possibly see in it is that it has nothing, but absolutely nothing to do with Jewish halacha.

There is no such thing as a homosexual in our law, divine and rabbinic. There are individuals who engage in homosexual acts, and tractate Sanhedrin explores this in a manner that focuses entirely on the rules of testimony and evidence and decidedly not on the grounds of lifestyle.

Indeed, our tradition recognizes that a man might be troubled by his homosexual inclinations and is full of good advise as to how he should avoid them – just as it is chock full of advise regarding men with urgent heterosexual desires.

Our halacha is not more concerned with whether or not to ordain an “openly gay” man as rabbi than it is with an “openly thieving” man, or “openly driving on Shabbat” man, or “openly eating pork” man – you get the point. Rabbi Maryles suggests that ordaining such a person rabbi would give the wrong impression – wrong impression? The man declared himself “openly gay” and is married to Judah— not a good name for a kalah under any circumstance—why would he even consider himself fit to be anyone’s Orthodox rabbi?

For the record, just like Rabbi Maryles, and, I presume, Rabbi Linzer, I totally embrace the idea of a shul rabbi with homosexual inclination. We all have our stars of David to bear. I object to shul rabbis who won’t shut up about it. 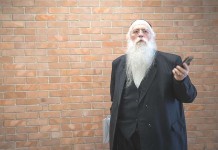 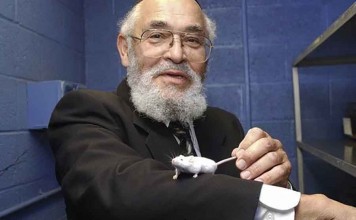 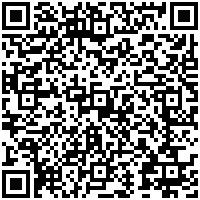