Barack Obama and John Kerry are leading the charge to force Israel to relinquish land that would lead them to certain annihilation and he’s once again considering inviting the EU on the bullying campaign by using economic sanctions. Israel is in a distinctly difficult position because if it gives up these strategic territories their most vulnerable populated areas become prime targets for terrorist attacks as well as the airport etc. with obvious dire consequences.

As we observe events over the centuries we can see that the Jews are specifically targeted for pogroms and genocide. This is why the economic and psychological warfare being waged against Israel would appear on the surface to be somewhat puzzling to an outside observer. Why would Obama, Kerry & the EU, be so bent on bullying the Jews into giving up the land they have every right to, to retreat back to borders that would surely spell death for everyone in the land that would be left over?


With the entire Middle East in a turmoil; Syria killing thousands of its own people, Egypt in what looks like it could be on the brink of civil war; Libya, Lebanon, Turkey, Jordan in unrest, Iraq in a constant bomb-a-thon leaving many dead and Iran threatening to wipe out the Zionist entity, an average observer is left scratching their head wondering, “Why would Obama force Israel to make a suicidal move given what is happening in the region and how is it prudent to create yet another failed Arab State?” Honestly, inquiring minds want to know.

If we step back in time to look at The Shoa and study some of the characters involved we might find some answers to the above questions.

Hitler had a collaborator in the Middle East and his name was Haj Amin Al-Husseini. Husseini was the Grand Mufti of Jerusalem and was Hitler’s man on the ground in British controlled territory, (never a country), of Palestine, this is the name given to the territory by the Emperor Hadrian. Husseini wanted to create death camps in Palestine and was quite busy stirring up hatred toward the Jews and called for their murder on his radio broadcasts. 1

Husseini was purported to be the relative of Yasser Arafat, at the very least Arafat was his protégé, being taken under the wing of the Mufti. Grooming Arafat for the murdering of Jews in Palestine was the mandate for this symbiotic relationship. The baton to continue on with the final solution then was passed from Hitler, to Husseini , Arafat and now to Abbas today’s partner for supposed peace. By the way, Abbas’ mandate ran out in 2009, he doesn’t have any control over Gaza and Hamas is poised to take over the territory that he is negotiating for. This leaves a whole host of other questions needing answers but they will have to wait for another time due to space limitations.

The incitement of the Arab populations against the Jews continues with the terror driven curriculum in UNRWA funded schools with funding coming from the EU, US and Canada. The expunging and ceasing of these curriculum by the way, were one of the conditions of Oslo for the PLO, this has not been done and has long since been ignored by the “peace negotiators”. For further information on this go to: Israel Behind The News.

With the rise of Islamism in Europe and a true supporter of them in the White House, it becomes quite clear that the pressures from outside of Israel to force her into suicidal concessions have its roots in the final solution.

Can An Unconscious Person Give Shaloch Manos? 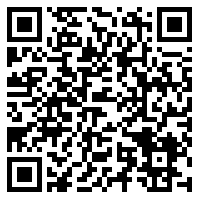