One of the most important things to understand about how the Middle East works is what I’ll call the suicide strategy. It can be described as follows:


I will start a war that I cannot win in order to create a situation where the other side wrecks my infrastructure and kills my people. Then I will lose militarily but win the battle. How? By the following means:

–I’ll kill some people on the other side and do some damage to it. Since they are weaker and less brave than I am they will give up. The longer the war, the more likely they are to look for a way out even if that involves many concessions on their part. Using terrorism against their civilians reinforces this tactic.

–By suffering, and magnifying that suffering using a generally sympathetic Western media, I will make the other side feel sorry for me and oppose their own leaders who will be portrayed as bullying, bloodthirsty, and imperialistic.

–The specter of war, suffering, and especially civilian casualties, will drive the “international community” to press my adversaries to give in, stop fighting (even if I continue it on a lower level), let me survive, and even give me benefits.

That’s how you stage a losing war but end up the winner.

This strategy has often worked against a Western adversary or Israel. It won’t work against fellow Arabs or Iran because those forces couldn’t care less how much damage and how many civilian casualties they inflict. Their mass media are under a large element of state control and they are not responsive to public opinion.

Hamas is now using this approach in the current war against Israel, though less effectively than in previous circumstances. True, it is getting some in the West to blast Israel as using excessive force or force at all.

Certainly, it protects Hamas from being overthrown altogether, which is the only real solution to the problem. But as long as Israel doesn’t win too big the West is ready to tolerate the current level of fighting.

And that’s the signal for Hamas to double down. Israel wants a ceasefire; Hamas doesn’t. Even the New York Times will tell you that:

Hamas, badly outgunned on the battlefield, appeared to be trying to exploit its increased political clout with its ideological allies in Egypt’s new Islamist-led government. The group’s leaders, rejecting Israel’s call for an immediate end to the rocket attacks, have instead laid down sweeping demands that would put Hamas in a stronger position than when the conflict began: an end to Israel’s five-year-old embargo of the Gaza Strip, a pledge by Israel not to attack again and multinational guarantees that Israel would abide by its commitments.

In other words, Hamas is demanding that in future it can import whatever it wants and will have the right to attack Israel without retaliation. Note that the first demand isn’t even necessary for Hamas. After all, it can now get almost everything it wants through the Egyptian-Gaza border. So this list of items is just designed as an excuse to keep the fighting going.

Now it is not usual for the losing side in world history to want the war to end . But in the Middle East, and with the entry of political and diplomatic considerations, plus the factor of public relations, these rules have been changed. The world has taught Hamas—and not just Hamas–that the more aggressive you are, the more terrorism you use, the better you will do, up to a point, internationally and the more antagonism is stirred up against Israel.

Yet as I said above, this tactic is not working so well in this case. There are several reasons why this is so:
–In contrast to some past situations (1982 war in Lebanon) there is a very high level of support in Israel for the current operation and in contrast to others (2006 war in Lebanon) there’s a sense that the army is doing a good job. Incidentally, this war has nothing to do with Israel’s January 22 election and won’t have any major effect on it.

True, there is a higher level of civilian panic about rockets and missiles, quite understandable in the areas being hit; less so in other places. Yet that won’t bring any significant pressure for Israel to give up and declare defeat, especially as Hamas runs out of things to shoot at Israel’s civilians.

–There are now so many issues in the Middle East—more of them simultaneously than at any time in living memory–that they distract both international and regional attention from the Hamas-Israel war. The Arab-Israeli and even the Israel-Palestinian conflict can hardly be said with a straight face to be the core or major issue in the region.

–The “Arab Spring” may help Hamas a lot in the long run but not in the short run. Hamas tried the old PLO gimmick of starting a war with Israel as a way to force Arab regimes to do what you want. This didn’t always work for the PLO. Given Syria and Iraq being out of the conflict due to a priority on internal issues, the potential base for this strategy has been weakened.

Iran is far away, though it can send rocket and missile motors; Jordan doesn’t want trouble; and Lebanon, even though dominated by Hizballah, is now on the Shia side and on the verge of a new civil war of its own.
–Egypt, of course, is Hamas’s great hope. Yet the Hamas leaders should have listened to their counterparts in Cairo who do not want a confrontation right now. The Muslim Brotherhood has not consolidated its power. The status of parliament is unclear, the constitution has not yet been approved, and the army is not yet fully under the regime’s thumb. Of special importance is the Islamist regime’s effort to finalize around $10 billion in aid from the European Union, United States, and International Monetary Fund.

Thus, while Egypt’s new rulers love Hamas they don’t love it enough to do more than issue passionate statements. On the contrary, Egypt and perennial troublemaker Qatar want the fighting to end.

Hamas is free to ignore its allies and go on shooting rockets, missiles, and mortars at Israeli civilians. It can hope, with good reason, that the West will stop an Israeli ground operation. And Hamas can certainly expect to survive the war no matter how badly it loses and how much damage its policies inflict on Gaza’s people. Hoping that it will be even more popular—a gambit that has often worked in the past—may be too much of a stretch this time.

Yet the gains Hamas can make by trying to force Israel to bomb it are less than the Hamas leadership expects. Even many people in the West seem to be catching on to the masquerade of staging aggression and then pretending to be the victim. Some may comprehend that it is Hamas that is responsible for the suffering of Gaza’s people even if they aren’t prepared to do anything about it by bringing to an end a regime that seized power in a violent coup, wages a war without end, preaches genocide against its neighbor, forces all Christians to flee, represses dissent, turns women into chattel, and trains children to be suicide bombers. It is possible, though, that Western regimes will try to do something that will bring about an effective ceasefire for a few years. 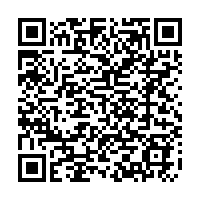