Opposition to the peace deal recently unveiled by the Trump administration seems nigh universal among rabbis in the nationalist religious Zionist camp. The Jewish Press recently spoke to three leaders of this community.

Anyone who supports this plan is a follower of the Spies in the Wilderness who weakened the spirit of the nation and betrayed the Land of Israel. This isn’t a deal. It’s a mousetrap, and woe to anyone who grabs the cheese.

Before the establishment of the medinah, in response to the Peel Commission – which sliced up the Land of Israel and drastically restricted aliyah via the White Paper – Rav Moshe Charlop declared that it was preferable to have one’s hand chopped off than to sign the treacherous document.

At that time, we were physically and economically weak. We needed the non-Jewish nations to survive. We are in a different situation today. Today we can uphold the Torah obligation to keep the Land of Israel under our control, and from that will come the greatest blessing. You can’t perform a transgression for the promise of a reward. You can’t consent to an agreement that states if you work two hours on Shabbat you will receive a $10 million bonus.

People said to Rav Charlop, “If we don’t agree, we won’t have any state at all. He replied that it was better to remain in exile than to transgress the word of Hashem and the Torah commandment to conquer and dwell in the Land of Israel and to keep it under our control, as delineated by the Ramban in his treatise, Supplement to the Sefer HaMitzvot of the Rambam, positive commandment 4.

The same holds true today. It is better to reject the whole plan than to open the door to a foreign terror regime in our midst. Administrations in Washington come and go. Once you sign an international agreement, there’s no backing out. And who knows what a leftist government in Israel will agree to give the Arabs for the illusion of peace?

We cannot be an active partner to such a heretical agreement in any shape or form. To do so would be a clear continuation of the Sin of the Spies, as the Torah states, “They despised the cherished land.”

Governments and their leaders act out of self-interest. The government of the United States is no different. Mr. Trump may love Israel a little, but he certainly loves himself and America much more. We have known the Americans for more than 250 years. They haven’t given even one cent of foreign aid to anyone for altruistic reasons. They give only out of self-interest. For whatever reason, it is in the interest of America to make peace in the Middle East.

In general, America poses as a good Uncle Sam, wanting to do ostensibly worthy deeds all over the world. Uncle Sam is a negotiator between nations, and for this reason, the nations need his help. Like in business, the parties involved in a business deal are dependent upon the middleman, and this puts him in a situation of control.

Certainly, President Trump’s orientation toward Israel is far friendlier than the European Union’s, for example, but that doesn’t make him a tzaddik. Rather, the Master of the World set things into motion whereby Mr. Trump and America would benefit at this time from peace in the Middle East. The minute the situation changes, America’s orientation towards Israel will change as well. On November 29, 1947, America supported Israel in the United Nations, then changed its mind the next day.

Regarding the word “deal”: Eretz Yisrael is not merchandise for a “deal.” The Land of Israel is our life. The full, healthy, national life of the Jewish people depends on Eretz Yisrael, in our dwelling here as a Jewish state with Israeli sovereignty over all of the country. We don’t demand this only for ourselves; the more we dwell in all of our unique Holy Land, the more Hashem’s blessing comes to the world.

We are not interested in deals. Just as a normal husband doesn’t make a deal whereby he gives his wife to a neighbor for two days a week, the nation of Israel is commanded not to make deals over the land that G-d gave us. Even if the neighbor were to threaten the husband with violence if he doesn’t agree to share his wife, any moral man would be willing to fight, or call the police, rather than betray his love for his wife and the sanctity of their marriage.

Would the people in Washington who composed the deal agree to share their wives in the name of peace? Eretz Yisrael and Am Yisrael are like husband and wife, as the Torah teaches: “For your L-rd delights in you, and your land shall be espoused” (Isaiah, 62:4).

There are people who emphasize elements of the plan that they consider to be substantial gains for Israel. So what? You don’t do business over something that Hashem gave you. Period. Would we rip a section out of the Torah and give it to another nation? Of course not. Eretz Yisrael is no different.

Some people say we should sign the document, reap its fruits, and trust that the Arabs will sabotage the plan anyway. But it is forbidden to agree to relinquish land that Hashem gave us. The opposite. We must increase settlement more and more.

Someone asked me if it was proper to recite Hallel over Israel gaining sovereignty over a significant part of Judea and Samaria as stipulated in President Trump’s peace plan. I told him Abu Mazen could say Hallel over his tremendous gains, but that Jews should weep along with our Mother Rachel, who is surely shedding tears when she sees how the inheritance of her children is being chopped into pieces.

Abu Mazen must be secretly overjoyed to have received 70 percent of Yesha and a future state of Palestine with its capital in East Jerusalem, and Har Habayit in his control, even before negotiations have started, knowing that he will be able squeeze more out of the Americans, including an airport, weapons, and huge bribes of money – if not from President Trump, then from the president who follows.

I see all the premature happiness on the Israeli side, claiming that Trump is our greatest friend, looking out for our best interests, that we couldn’t ask for a more favorable deal, and that the Arabs won’t agree anyway, so we will receive the benefits of the plan without ever having to concede a meter of land.

I remember all the assurances before Oslo, how our leaders and military echelon assured us that the Arabs would keep their side of the agreement, how it was going to be the dawn of a new Middle East, and then I recall all the terror attacks and bus bombings that followed, and the bloody corpses of Jews.

I remember how Israel’s generals and intelligence experts assured the nation that the disengagement from Gush Katif would separate us from Gaza forever and how Shimon Peres jaunted around the world raising money on behalf of the new “Singapore of the Mediterranean.”

I remember Sharon’s empty promise that if a single missile were fired from Gaza after the destruction of Gush Katif, we would attack Gaza with all our strength. We are still suffering for this treacherous blunder and betrayal of Eretz Yisrael.

There is absolutely no halachic allowance to place even a meter of Eretz Yisrael under foreign sovereignty. The Ramban emphasizes the prohibition of allowing gentiles to rule over any part of the Land of Israel in his Supplement to the Sefer HaMitzvot of the Rambam.

In spite of all the pomp and ceremony surrounding the announcement in Washington, it is forbidden to transgress any Torah precept, and how much more so a mitzvah that our Sages declare to be equal in weight to all of the commandments of the Torah – the mitzvah to conquer, settle, and dwell in all the Land of Israel, and not to abandon any part of it to any other people whatsoever. 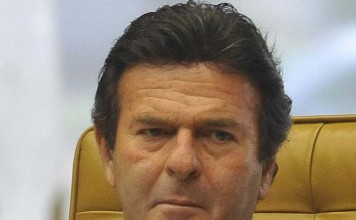