The Chinese physician who first raised the alarm over the Wuhan coronavirus (2019-nCoV) on December 30, has died, according to The Wall Street Journal, which confirmed the news with the hospital where the doctor was receiving care.

Li Wenliang, a 34-year-old doctor working in Wuhan, posted in his medical school alumni group on the WeChat messaging app that seven patients from a local seafood market were quarantined in his hospital after having been diagnosed with symptoms similar to the SARS virus.

Li was accused by Wuhan police within days, and accused of rumor-mongering. He and a number of other medical professionals were targeted by police for having publicized the news about the virus in the early days of the outbreak.

But by January 12 it no longer mattered; Li himself was hospitalized on that day after having caught the virus from one of his patients. The diagnosis of 2019-nCoV was confirmed on February 1.

Li’s death was announced to media on February 6.

“We are very said to hear of the loss of Li Wenliang,” said World Health Organization Health Emergencies program executive director Dr. Mike Ryan, speaking at a daily coronavirus press briefing in Geneva. “We should celebrate his life and mourn his death along with colleagues.”

The death toll from the illness stood at 565 on Thursday, with all but two of the victims still based in China. One of the deaths was in Philippines, and one was in Hong Kong. 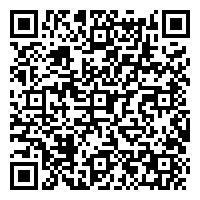