Obviously, we are now facing a test of that – two tests – in North Korea and in Iran. And we are engaged, as the President has charged me to be and has welcomed, an opportunity to try to put to test whether or not Iran really desires to pursue only a peaceful program, and will submit to the standards of the international community in the effort to prove that to the world. Some have suggested that somehow there’s something wrong with even putting that to the test. I suggest that the idea that the United States of America is a responsible nation to all of humankind would not explore that possibility would be the height of irresponsibility and dangerous in itself, and we will not succumb to those fear tactics and forces that suggest otherwise.

This is quite literally infuriating, on several levels.


He is clearly referring to Israel’s Prime Minister, the ‘some’ who engages in ‘fear tactics’ by telling anyone who will listen that sanctions should not be removed until Iran takes concrete steps toward dismantling its nuclear weapons program.

The ‘test’ Mr. Kerry wants to perform is to weaken sanctions in return for promises and actions that will not materially affect Iran’s progress toward a weapon. That isn’t a test — it’s a capitulation.

I am not sure what Kerry and President Obama think the US will get out of it, but it’s clear what Iran gets — reduced sanctions, which anyway have been leaky enough to only be a minor obstacle on Iran’s path, a moral victory for having faced down the US, and plenty of time to develop its bombs.

One could also ‘test’ Iran by tightening sanctions and seeing if that would persuade the regime to stop development. But for some reason, the most powerful nation in the world (for a while, at least) is incapable of being firm with its sworn enemies.

Not satisfied with its own foreign policy of appeasement, the administration has forced it on Israel as well. How else can you describe the fact that PM Netanyahu was ordered by the US to release convicted murders, unrepentant terrorists who have killed Israelis for the ‘crime’ of being Jewish?

The damage to Israel’s justice system — and to the feelings of the relatives and friends of terror victims — and indeed, the national humiliation that will be felt as the murderers return home to massive celebrations, cannot be undone.

And all this to get the Palestinian Authority (PA), which continues to glorify its murderers and incite more of the same on a daily basis, to engage in a pretense of ‘negotiations’!

I was talking to a friend in Israel today, and the subject was what Obama could possibly have threatened Netanyahu with that would make him do something that an overwhelming majority of Israeli Jews oppose (a poll taken in July before the release of a previous batch of prisoners put opposition at 85%), and which virtually everyone in the region — Jew and Arab alike — knows will not lead to an agreement with the PA.

But that is the price that must be paid, because Kerry and Obama want Israel to test the PA, just as they want to test Iran, despite the fact that both the PA and Iran have a consistent track record of deception.

They have already flunked this test over and over! How many make-ups will we give them?

The truth is that neither the pressure on Israel nor the appeasement of Iran is a test. It is a way to sugar-coat the US policy, which is appeasement of the worst elements of the human race in a naive and doomed attempt to get them on our side.

Partly based on naked fear of terrorism — what if Hizballah were unleashed in the US? — partly on a post-modern sensibility that cannot recognize evil even when it knocks down buildings in our greatest city, and partly on a lack of historical perspective, the policy is simple: give them what they want and they will leave us alone. 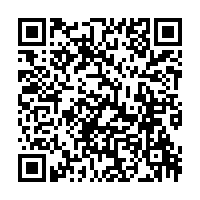