Tammi Rossman-Benjamin lives and teaches in the belly of the beast, and although she is on faculty, her position as lecturer of Hebrew Language at the University of California, Santa Cruz means she has practically no political pull.

But Rossman-Benjamin is not easily deterred.


For years the Jewish instructor has been trying, in her own, respectful, non-confrontational way, to right a serious wrong she sees and hears from students about, on the California campuses: rank anti-Semitism. First she filed a Complaint in 2009, and then, just two weeks ago, filed an Appeal from the Office of Civil Rights refusal to act on her Complaint.

IN 2010, DEPT OF EDUC. EXTENDED CIVIL RIGHTS LAWS TO PROTECT JEWS FROM DISCRIMINATION

And in fact, there was good news on the legal front in the past few years: a much heralded announcement regarding the Civil Rights laws, by which the U.S. Department of Education extended legal protection from discrimination to Jews.

But a decision in August by the Office of Civil Rights to close the file on Rossman-Benjamin’s Complaint, coincidentally on the same day and for the same reasons it rejected two other Complaints filed alleging anti-Jewish discrimination against California colleges, may well mean that the legal protection extended to protect Jews from discrimination in education has been rolled back up.

The Office of Civil Rights has thus once again shut its door to Jews discriminated against – whether through overt action or by the creation of a hostile environment – on U.S. college campuses.

Rossman-Benjamin carefully documents dozens of examples of discriminatory behavior creating a hostile environment for Jewish students qua Jews in the Appeal she filed less than two weeks ago.

But here’s the real issue: Rossman-Benjamin is not focused on the nastiness of anti-Israel and anti-Semitic students, her concern – indeed the sole focus of a complaint she filed with the U.S. Office of Civil Rights – is the official sponsorship of such actions, activities and antagonisms by the universities themselves.

The fact that other “First Amendment protected speech” was deemed worthy of review and indeed, nearly immediate corrective action and investigations both by the universities and the OCR, when the speech was directed at groups other than Jews, is very much a significant aspect of Rossman-Benjamin’s appeal.

But first, let’s look at the main focus of Rossman-Benjamin’s complaint, and how the OCR responded.

THE UNDERLYING COMPLAINT, FILED IN 2009

Rossman-Benjamin’s 2009 Complaint charged that professors, academic departments and residential colleges at the California universities were promoting and encouraging anti-Israel, anti-Zionist and anti-Jewish views and behavior, and creating a hostile environment for Jewish students, in violation of Title VI of the Civil Rights Act of 1964.

Specific examples of anti-Semitic behavior in the Complaint included:

(1)  The university department-sponsored “A Teach in on Islamophobia: Between the War on Terror and Arab Revolution,” sponsored by the Asian Diasporas Research Clustier of the Institute for Humanities Research and by the UC Center for New Racial Studies, as well as various anti-Israel organizations, such as the Students for Justice in Palestine.

At this teach-in, both panelists blamed Israel and American Zionist organizations and individuals for contributing to Islamophobia to silence all criticism of Israel; one panelist referred to Israel as a “colonial settler state” whose Zionist ideology promotes “ethnic cleansing” and “apartheid,” and said that anyone who “challenged these ‘truths’ is engaging in Islamophobia and racism.”

Debra Ellis, the university official responsible for coordinating educational events at the California campus at which this event took place, was seated at a table promoting a U.S. boat to Gaza as part of the Freedom Flotilla II.  Ellis handed out copies of a letter she wrote, encouraging students to go to the official U.S. Boat to Gaza website, to endorse the effort to launch a U.S. boat to Gaza, to “write letters to Gaza” that would be transported on the boat, and to write federal, state and city representatives, encouraging them to endorse the campaign. 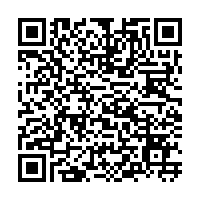