I have spent my entire professional career as an “outreach rabbi.” I have always served as the rabbi of Orthodox congregations where the majority of members were not personally Orthodox. As a teacher of non-religious Jews, one must learn to communicate in a fashion that can convince skeptics of the beauty of our Torah.

One Erev Shavuot, I decided to share some of the wisdom of Aish Hatorah’s Discovery Seminar with a group of residents in a local nursing home.


I walked into my Bible class and presented them with a provocative question. “How do we know,” I asked, “that God gave the Torah to Moses on Mount Sinai?”

I wasn’t quite prepared for the response. A little lady with a kerchief on her head – I’ll call her Mrs. Cohen – who almost always sat quietly through my classes, called out, in a pronounced German accent, “Because it says so in the Tow-raw!”

I was frustrated. She broke my momentum. Sure, I thought, she believes that, but what about everyone else?

“Yes, of course,” I continued, “it says so in the Torah. But how do we know the Torah’s description is actually what happened?”

“Because it says so in the Tow-raw!”

I gave up. Mrs. Cohen stubbornly refused to even entertain the consideration that the Torah could be anything but absolutely true. She could not comprehend that there could even be a question.

Mrs. Cohen displayed that simple, unquestioning, adamant adherence to Torah-true Judaism that typifies many of our German-Jewish brethren. These “Deutsche Yidden” withstood the onslaught of Reform in their midst by plainly and clearly stating that there is no room whatsoever for compromise in matters of faith and Jewish law.

Some would view such a display of “blind” faith as naïve. The “enlightened” among us might even consider such an attitude to be intellectually lazy. But such unquestioning loyalty to God is what earned us the right to receive the Torah. When our people said at Mount Sinai, “We will do and we will listen” (Exodus, 24:7), they were making a commitment to fully accept the entire Torah, even before understanding it.

There was no negotiating at Sinai. No appeals to update the rules. No declarations of “Where there’s a rabbinic will, there’s a halachic way!”

Alas, things are different now. One can barely go through a day without seeing or reading yet another story in the non-Jewish or secular Jewish media about a new “approach” to Torah Judaism. A new revision. A new interpretation.

Essentially, there is nothing new to these assertions. What is new is that these statements are coming from the Orthodox camp.

There was a time when Mrs. Cohen was the norm. People cherished and revered our unbroken Mesorah. They accepted the Torah’s values as a given. Those who rejected it identified themselves as belonging to an alternative denomination and moved on. Today’s approach is to simply redefine Orthodoxy.

It seems almost as if it’s a coordinated effort, with many of the same people writing the same things in different publications on an ongoing basis, all designed to convince the masses that these new practices are consistent with mainstream Orthodoxy.

All over the country we are seeing attempts to redefine Orthodoxy. Graduates of semicha programs from various yeshivot have decided that their title of “rabbi” authorizes them to revise Jewish law. And they are succeeding. They cherry-pick obscure minor opinions from ancient sources and reconstruct Jewish custom and observance into something that those whom they are quoting would never recognize. Deleting berachot and making up new ones; female clergy reading and writing megillot; women getting aliyot and leading services; advocating acceptance of same-sex marriage; attributing human authorship to the Torah; relaxing divorce and conversion standards – all in the name of “Orthodoxy.”

As the Left continues to push the envelope, the Modern Orthodox mainstream is, by and large, not responding. Some OU shuls and some YU graduates and some RCA members are engaging in activities that are far from Orthodox, leading the confused masses to believe this is an acceptable form of Orthodoxy. And the longer the mainstream “centrist” institutions remain silent, the more they are ceding the center to the Left.

The RCA has been speaking out and will hopefully continue. YU and the OU need to do the same. It is time to be proactive. It is time to educate.Far too few Jews fit the Mrs. Cohen paradigm. People have questions about Torah values, and most of what they are hearing is from the Left. We must clearly and repeatedly articulate why we believe what we believe, and why we reject what we reject.

A message to the mainstream organizations: To paraphrase Mordechai’s warning to the queen (Esther 4:14): If we persist in remaining silent at this time, relief and deliverance will come from some other place, and we will render ourselves eternally irrelevant.

To be sure, it is sometimes necessary to introduce new approaches. Some have argued that the Chofetz Chaim and other world-class Torah leaders created a “feminist revolution” with the introduction of the Bais Yaakov educational system for girls because the girls were no longer getting the education they needed at home.

I would argue that I am saying the same thing the Chofetz Chaim was saying. In order to enable girls to withstand the onslaught of non-Torah values in the outside world, these gedolim insisted it was time to teach them intensely in the classroom.

In a changing world with new, high-tech challenges to our Mesorah, we have to respond with education. Don’t throw out our values and revamp our practices due to these challenges. Teach the world why our time-honored traditions are still relevant and why these challenges are off-base.

Where are the genuine gedolim to endorse the changes that are advocated today? If Rav Soloveitchik and Rav Moshe Feinstein were alive today, would they accept these suggested changes? Do their successors accept them?

Perhaps that question can be answered with the following story.

Back in the ‘80s, shortly after I received semicha from Mesivtha Tifereth Jerusalem, I submitted an application to a shul. The previous rabbi had introduced several innovations, and they wanted to make sure the new rabbi would continue them. (Suffice it to say that those innovations pale in comparison to what passes for Orthodox practice in some circles today.) I discussed it with my rosh yeshiva, Rav David Feinstein, who pointed out to me how the Chasam Sofer had fought tooth-and-nail against moving the Torah reading table from the middle to the front of the shul, an innovation introduced by the Reform movement.

“There is no prohibition against reading the Torah from the front of the shul,” said Rav Feinstein. “But once they started making changes, we can see where it all led. It could be that some of the things they want you to do are not technical violations of halacha. But I’ll tell you one thing: It’s not Orthodox Judaism!”

I decided I could not serve as the rabbi of that congregation. I withdrew my application. In doing so, I was following the guidance of my rebbe. I had to – that’s what it says in the Tow-raw. 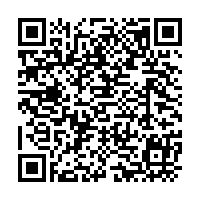