The classic October Surprise, according to Wikipedia, was this one:

On October 26, 1972, twelve days before the election on November 7, the United States’ chief negotiator, the presidential National Security Advisor Henry Kissinger, appeared at a press conference held at the White House and announced, “We believe that peace is at hand.”

Nixon was ahead anyway, but this announcement has been thought to add to the landslide over McGovern that followed. The Wikipedia article linked above lists several examples of last-minute ‘revelations’, some true and some not.


Can we expect an October Surprise this year?

We may already have one brewing. A former CIA operative calling himself “Reza Khalili” and claiming to have been an agent inside the Iranian Revolutionary Guards organization, who has previously made skeptically-received claims that Iran had already produced 90% enriched uranium, is now saying that the Obama Administration has struck a deal with the Iranian regime that will shortly be announced:

Iranian and U.S. negotiators have reached an agreement that calls for Iran to halt part of its nuclear program in exchange for the lifting of many of the U.S. sanctions against the Islamic regime, according to a highly placed source.

Iran’s supreme leader, Ayatollah Ali Khamenei, expects a letter from President Obama in a few days guaranteeing the details of the agreement, arrived at recently during secret negotiations in Doha, Qatar.

The agreement calls for Iran to announce a temporary halt to partial uranium enrichment after which the U.S. will remove many of its sanctions, including those on the Iranian central bank, no later than by the Iranian New Year in March. Iran is in the throes of massive inflation and citizen unrest because of the sanctions.

The article provides more detail of the alleged agreement, including the personal involvement of close Obama confidant Valerie Jarrett.

This is the second article by Khalili on this subject; the first was published on October 4, describing the meeting allegedly held in Doha on October 1. While it is not practical for me to check the details of the report, there is nothing obviously impossible in it.

Let’s assume that his account is in general correct, and that there will shortly be an announcement that sanctions will be (at least partly) relaxed in return for a halt in enrichment. What would this mean?

First, it would be a huge boost for Obama, since it would be characterized as a success for his engagement and “tough diplomacy” policy. Iran, the campaign will say, has been forced to ‘back down’ in the face of sanctions. War has been avoided! By the time it is determined if Iran’s weapons program has been impacted, the election will be over.

Second, it would help the Iranian regime domestically. Existing partial sanctions — or even much tougher ones — cannot stop a non-democratic country like Iran from pursuing a weapons program. But ending them would calm popular unrest as a result of economic problems partly caused by sanctions.

Third, it would preclude US military action against Iran, either alone or in cooperation with Israel.

Fourth, it would make an Israeli attack much more difficult. Israel would be cast in the role of an aggressor, and face almost certain UN sanctions if it hit Iran despite the agreement.

In the event that Iran doesn’t live up to the terms of the agreement, it will be that much further along, sanctions will be gone, Iran will have recouped much of its economic losses, and it may be too late for Israel, or even the US, to end the program by force.

Unless the deal were also to include verifiable dismantling of the enrichment facilities, it would at best represent a temporary slowing of Iran’s weapons program. At worst, enrichment would continue at secret facilities. According to Khalili, the deal is even worse than that, including significant concessions to Iran:

The [US] guarantees would ensure the regime’s right to peaceful enrichment, quickly remove many of the sanctions, accept that Iran’s nuclear program does not have a military dimension and relieve international pressure on the regime while it continues its nuclear program. Also, the U.S. would announce that the killing of Iranian nuclear scientists was the work of a foreign country, though Israel would not be named, to increase legal pressure on Israel.

So, while it is a disaster for Israel and for US interests in the Middle East, such a deal would be a win-win proposition for Obama’s campaign and for Iran. As the election draws closer, the pressure to give Iran a better deal increases exponentially.

An agreement like this would practically guarantee that Iran will become a nuclear power.

Could they possibly be this cynical? We’ll find out within the next two weeks. 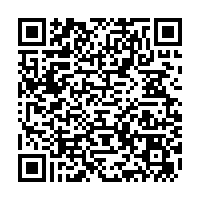