Brant Rosen is probably the most anti-Semitic pseudo-rabbi running around north America. He heads the misnamed “Jewish Voices for Peace,” a Hamas lobby created by Jewish anti-Semites. They are neither Jewish voices nor are they for peace. He claims to have “ordination” from the “Reconstructionist” cult, a pseudo-Jewish “liberation theology” pagan movement that believes that all of Judaism reduces to leftist propaganda and support for the Hamas and Marxism. He was the pagan clergyperson at the Evanston Reconstructionist deconstructionist ashwam. You can see his malicious personal blog here: Shalom Rav The JVP facebook page is filled with comments and talkbacks by anti-Semites demanding that all Jews be murdered and claiming that Hitler had the right idea, while the owner of the page censors and blocks pro-Israel comments.

Rosen was just forced by his “congregation” to resign. (http://www.timesofisrael.com/citing-divisions-over-israel-rabbi-brant-rosen-quits-congregation/ ) His Israel bashing and Hamas cheering were too much even for these “Reconstructionists.” His email address is rabbi@jrc-evanston.org in case you want to send him this want-ad for people looking to hire an imam: http://lansingislam.com/imam.htm


If you wish to send an e-note of congratulations to the “congregation” that canned him, the email addresses and names are here: http://www.jrc-evanston.org/about/contact In your note you might also suggest that they consider converting to Judaism.

What Do We Call Jews Who Work with Jew-Haters? 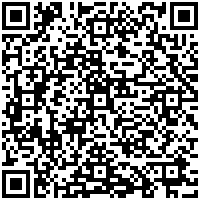