It is a hot button issue that raises the hackles of the right. And it has been discussed to death. But the subject has come up again with a recent decision by a federal court criticizing the New York City Board of Health requirement of informed consent with respect to Metzitza B’Peh (MbP) – the over 3000 year old tradition of direct oral suction of the blood from the circumcision wound.

I understand the right wing argument against this requirement. But I still strongly disagree with them. To briefly restate the issue, the sages delineated the procedure for a Halachic circumcision (Bris Mila). The final step – Metziza (withdrawal of the blood) – is listed as the mandatory health requirement part of this procedure. Chazal required it in the belief that it was dangerous to the health of the child to leave that blood on the open circumcision wound. Although the Talmud never tells us how to do it, Metzitza has always been done B’Peh – by oral suction.

Over a century ago, when some babies died as a result of doing MbP, there were major Poskim who said it could be done in other, more sterile ways. There are Poskim today that say the same thing. On the other hand there are Poskim that disagree and say that MbP is an absolute requirement and that Metzitza must be done orally.

A few years ago there were some babies that died shortly after their Bris – having contracted the herpes virus. It was determined that the Mohel had a live herpes virus but at the time it was asymptomatic. The New York City Health Department concluded that the herpes virus was contracted by the baby via the direct oral suction of the circumcision wound by the Mohel. Long story short – as a result of that conclusion they issued a requirement that parents give their informed consent in writing if they wanted the Mohel to use MbP.

Then all hell broke loose. Those communities (mostly Chasidic) that believe that MbP is a Halachic requirement felt that the government was encroaching on their religious rights. They took legal action and were joined by Agudath Israel in filing a federal lawsuit claiming a violation of the separation clause of the first amendment. Furthermore fueling the debate is the fact that many non Chasidic Yeshiva type communities prefer MbP – considering it more Mehudar (an enhancment of the basic Halachic requirement).

The right wing has also characterized this as an attack on Bris Mila itself – seeing this intrusion into our religious practices a slippery slope towards a ban on Mila itself.

The New York board of health on the other hand saw this as a health issue. In a nod to the first amendment they did not ban MbP since a baby contracting herpes from an infected Mohel is a rare occurrence. But they do consider it dangerous enough to require a warning. This is why they require informed consent in writing by the parents of a child about to be circumcised by a Mohel using MbP.

This all made sense to me. But in an surprising decision, a federal court issued a sharp criticism of this rule as specifically targeting a religious community… and thus violating the constitutional amendment separating church from state.

Avi Shick has written an op-ed in the New York Daily News supporting that decision – asking New York Mayor, Bill de Blasio to rescind the requirement for informed consent. Avi is basically saying that the government should keep its nose out of our business. What about the health issue? He calls their argument about that weak. Among other things he says the following: 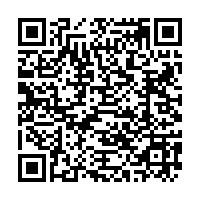